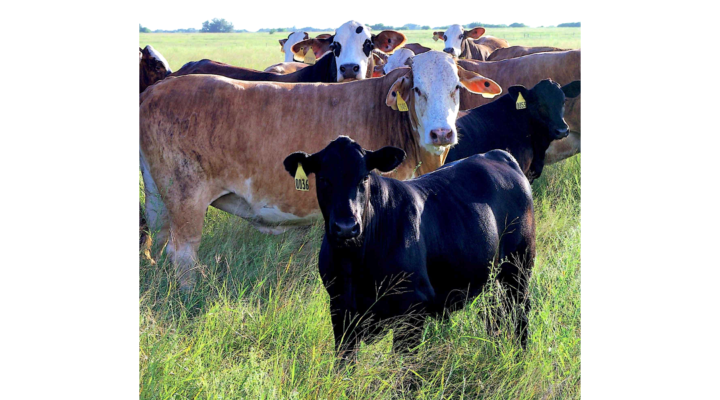 Now, the two researchers have come to the conclusion that puberty is not only affected in the months prior to, but also events during pregnancy and development.

The findings, highlighted in Scientia, http://bit.ly/2Y5LtW8, an international publication based in the United Kingdom, also have implications in humans, perhaps leading to a better understanding of what causes early puberty in girls.

Puberty is regulated by many different factors, among which nutrition is a major one, Williams said. However, the exact ways in which nutrition and metabolism affect puberty remain unresolved.

For the past 20 years, this has been the focus of research conducted by Williams, based at the AgriLife Research station in Beeville.

For the last 10 years, Williams’ work has been in collaboration with Cardoso, one of his former trainees who is now a member of the department of animal science faculty in College Station. The team’s research has been supported continuously since 2000 by competitive grants from the Agriculture and Food Research Initiative of the U.S. Department of Agriculture National Institute of Food and Agriculture.

The age at which young heifers become reproductively active has major implications for beef cattle production. Despite this importance, Cardoso said a significant percentage of heifers systematically fail to reach this milestone in a timely manner and do not deliver a calf by the age of 2.

The research activities strive for a more complete understanding of the mechanisms that control sexual maturation of the reproductive axis – a system involving several organs that control the production of reproductive hormones as well as eggs and sperm cells, Williams said.

“Puberty in female mammals – including humans – is a highly complex and intricate process involving the maturation of hormonal signaling pathways in a part of the lower brain called the hypothalamus,” he said. “For heifers, productivity depends upon their ability to become pregnant during their first breeding season and to calve by about 2 years of age.”

In earlier research, the Texas A&M team and their collaborators showed that feeding early weaned heifers a high-calorie diet during the juvenile period can significantly advance the onset of puberty. In fact, the scientists found that between 60% and 80% of heifers fed this diet between 4-8 months of age reach puberty far too early, known as precocious puberty, achieving sexual maturity by 300 days of age.

This is significantly earlier than heifers fed a typical forage-based diet and occurs as a result of effects on hypothalamic signaling pathways that control the secretion of essential hormones.

Although Williams and Cardoso identified a ‘sweet spot’ during the juvenile period for advancing the age of puberty, they noticed the actual onset of puberty was still sometimes inconsistent, meaning other factors were at play.

One of the factors that had not been examined is the nutritional and metabolic status of the mother during gestation. This idea of a later event being affected by something that occurred during gestation is not new, Williams said.

“For example, there is mounting evidence in humans that a mother who experiences starvation during pregnancy can lead to the child experiencing cardiovascular problems later in life,” he said. “These results show that the perinatal period – late gestation and immediately after birth – is susceptible to changes that are observed during adulthood.”

To study this effect, the team developed a model to investigate prenatal and early postnatal nutritional levels. They fed pregnant cows bearing female fetuses various diets to achieve thin, moderate or obese body conditions during the last third of gestation. Heifer offspring were then assigned randomly into two groups to achieve either a low or high rate of weight gain until they were 8 months old.

The team found the most relevant effects involve calorie restriction during gestation and the postnatal period. In both of these scenarios, they noticed significantly lowered expression of genes for leptin receptors and transporter molecules that transfer leptin across the blood-brain barrier in heifers aged 8 months.

“Our studies indicate that nutritional imbalances during perinatal development lead to structural and functional changes in the leptin-sensing neurons of heifers,” Cardoso said.

All of the team’s work involves cattle and has a strong agricultural focus, but the researchers are also aware that the same principles apply to other species, including humans. For young girls, the timing of puberty can be accelerated or delayed by excessive or restricted food intake either while the mother is pregnant or during early childhood.

When it comes to future challenges, Williams and Cardoso want to continue exploring the impact of prenatal and postnatal nutrition in developing heifers. One of their team’s aims is to detect changes in the expression of certain genes and understand how those changes affect metabolism, both in the short and long term.

The researchers are also keen to determine whether these nutritional effects can still be seen in future generations. This may seem far–fetched, they said, but studies in numerous species have shown that the impact of nutritional changes can be spotted in subsequent generations.

“Some of these studies will be challenging to replicate in cattle, but the results could potentially have massive repercussions for animal health and productivity,” the researchers said.