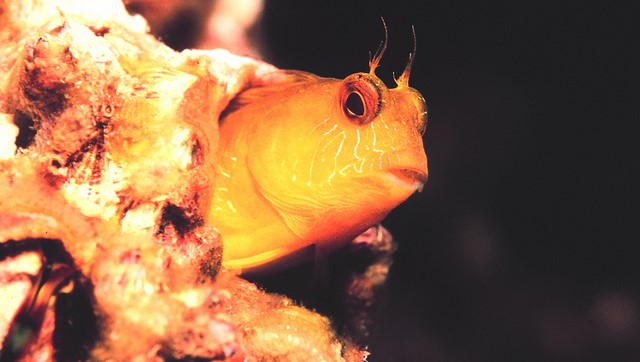 "The Flower Garden Banks are the jewel in the crown of the U.S. reefs because they are one of the few as a whole that are not significantly degraded," said Adrienne Correa. The area is important to "fishers, the diving industry, this is a cost that we're incurring" if something happens to the reefs. (NOAA Photo Library, Flickr/Creative Commons)

GALVESTON, Texas (AP) — Adrienne Correa sucked in a breath as she slipped on her wet suit 115 miles offshore of Galveston — but it had nothing to do with preparing for her 70-foot dive to the coral reef at the Flower Garden Banks National Marine Sanctuary.

It had everything to do with her nerves.

About two months had passed since Hurricane Harvey deluged the gulf with trillions of gallons of freshwater, upsetting the salty environment to which the marine organisms are accustomed. And she had no idea what she would find.

If Harvey’s impact on the reef was anywhere near as bad as the 2016 Tax Day floods — which caused a mass die-off of coral and other marine animals — the reef and its inhabitants were in serious trouble.

But her mind was put at ease as she dove deeper into the chilly October waters of the Gulf of Mexico. With the exception of a few areas, the reef appeared to be intact and thriving.

“Relative to the images we saw from the 2016 event, this was a happy dive,” Correa, a Rice University marine biologist, told the Houston Chronicle . “You could see immediately there was not mass bleaching, there was not mass tissue die-off. You could tell this mass mortality event wasn’t occurring.”

But that doesn’t mean problems won’t arise in the coming months, she said, which is why she and other researchers, in partnership with the National Oceanic and Atmospheric Administration (NOAA), are gathering samples to determine how the habitat may have been impacted.

“We’re worried about all the floodwater that came off upland areas making it that far out,” said Shelley Du Puy, NOAA education and outreach coordinator.

The reef needs to be protected, she added, because it’s “an incredibly valuable resource culturally, ascetically and economically.”

At a time when there is an 80 percent decline in stony coral cover at reefs everywhere, Correa encounters colorful coral the size of cars rising up around her on dives to the area.

Sea turtles and lobsters can be found resting in the reef’s nooks and crannies, with nearly 300 different species of fish — from barracudas to angelfish to mardi gras wrasse — swimming in and around the area, according to an August 2012 United Nations presentation.

Manta rays glide gracefully over the reef, as moray eels pop out of the coral crevices when a meal comes into view.

Dive to reefs in the summer and you’ll likely spot a whale shark visiting the sanctuary.

NOAA wants to expand the sanctuary by about 383 square miles of reefs and other bottom features — an additional 15 banks — but the proposal has yet to be approved by the Trump administration.

The banks were discovered by fishermen in the early 1900s and named for the brightly colored sponges, plants and other marine life visible below their boat, according to NOAA.

At a time when a quarter of coral reefs worldwide are considered damaged beyond repair and two-thirds are under serious threat, according to the World Wildlife Federation, the flower garden sanctuary reefs are considered some of the healthiest in the region.

Scientists believe this is because the reef is located so far offshore — 70 to 115 miles — and sits so deep in the ocean — 55 to 160 feet — that it does not face the same effects of climate change as other reefs worldwide.

The beauty and diversity of the reefs draws visitors from all over the world: Up to 3,000 divers visit the sanctuary’s crystal clear waters each year via commercial dive boats, according to the U.N. presentation, and that brings money to the area.

But studies on the true economic impact of the sanctuary appear to be lacking. A 2015 NOAA study examined survey data from both commercial and recreational fishing operations, as well as for-hire diving operations. The study found that they brought in about $6.2 million annually for an area in the Northwestern gulf, which includes the sanctuary. After annual operating costs, profits for the three industries were about $1.6 million, according to the study.

But the profits made by these operators can’t be the only thing that is taken into account when determining economic impact, Du Puy said.

People who fish and dive in the sanctuary also buy gas, food and gear in the local towns. They stay in local hotels and shop in local retail stores. The boats have to be maintained by mechanics, manned by a captain and crew, and the budding scuba divers must be taught the ropes.

“These guys spend big bucks to charter a vessel to go 115 miles offshore,” Du Puy said. “All the boats, the captains, all the money they spend on the gear … it adds up.”

Buddy Guindon, a commercial fisherman who owns Katie’s Seafood Market, said he and about seven other fishing operations in the Galveston area catch around $5 million worth of fish — including grouper, red snapper and golden tilefish — from the sanctuary each year, which then gets distributed all over the country. The study found that commercial fishers such as Guindon caught about 400,000 pounds in the northwestern gulf annually.

On any given day when waters are calm, Scott Hickman, owner of Circle H Outfitters and Charters, said that 20-30 recreational fishing boats can be found at the sanctuary. Fishing for Wahoo is popular in January and February, Hickman added, but the summer months are popular for catching Amberjacks and grouper.

Fling Charters is the only company that takes for-hire diving trips to the sanctuary, and Sharon Cain, the company’s office manager, says that is their sole money maker.

Naturally, their busiest time is the summer, Cain said, but they do take trips out during the rest of the year. The company gets about 90 divers each week during peak seasons, and they make about $550,000 each year, she added.

Recreational divers hoping to catch a glimpse of colorful stony coral, manta rays and even hammerhead sharks arrived at the sanctuary’s eastern bank in July 2016 to instead find water that was an unusual, hazy green.

The sickly sight only worsened after they plunged into the water.

Tissue was falling off the coral. Sponges looked like they were melting. Sea urchins were dead and falling apart on top of the reef.

Even the lobsters, normally buried beneath the coral colonies for protection, were standing on top of them trying to get away.

“Even just a bleaching event can be catastrophic for the reef because so many organisms live inside,” Correa said. “But this — when you see all the organisms falling apart at once — that’s alarming.”

A NOAA report released that same month stated that about 50 percent of corals were dead in certain areas.

Researchers quickly gathered samples, but Correa said they had no idea when the mass die off started or how long it had been occurring.

In other words, it was a “puzzle with missing pieces,” she said.

Freshwater had inundated the salty environment following the April 2016 Tax Day floods, Correa said, sucking the oxygen from the water. The reef, essentially, was suffocating.

Though the sanctuary is monitored throughout the year, Correa said the mass die-off puts researchers on high alert when it comes to these extreme flooding events.

So when Hurricane Harvey dumped 13 trillion gallons of water on southeast Texas in late August, researchers were ready. The first set of scientists boarded a boat in September to gather water, sediment and coral samples. They went out a second time in October.

Correa was pleased to see in October that the reef had not died off in mass, but she was not blind to the evidence of stress on the organisms that live there.

Coral colonies and sponges — typically uniform in color — were mottled and grayish, while some sections looked shriveled and sunken.

Scientists tracking the freshwater moving into the gulf after Harvey watched as the water’s salt content dropped 10 percent in September, according to Rice University’s website. But by October, the level had returned to normal, the website stated.

It’s still not clear what impact that will have on the reef, which is why Correa and her team are gathering samples to test for conditions such as low water salinity, poor water quality and bacteria that thrives on low oxygen.

During Harvey, about 149 million gallons of raw sewage and industrial discharges poured into neighboring communities and waterways. Additionally, about 100 companies, including Valero Energy, Exxon Mobil and Arkema, reported spilling chemicals.

“Frankly, these types of events are frightening because in the short term, when you have 13 trillion gallons of rain there’s not a lot you can do to stop it,” Correa said. “And then its luck of the draw, how it mixes with the salt water and where the wind moves it.”

Researchers, including Correa, will continue monitoring the reef. They have an expedition planned in April to take more samples.

Correa and her team received about $72,000 in emergency federal funding to conduct this research, but scientists are hoping to receive even more.

The National Marine Sanctuary Foundation is requesting $5 million from Congress as part of a hurricane supplemental package to “support water quality monitoring at Flower Garden Banks,” according to a foundation document.

“Rapid resource assessment efforts with regular monitoring cruises are needed to track changes in the health of coral, invertebrate and fish in the (sanctuary) and the surrounding areas at more frequent intervals,” the document states. “Assessing and monitoring the impacts from Hurricane Harvey on the ecosystem will provide vital scientific and socioeconomic information to manage the area for long-term sustainability.”

Ultimately, they hope to develop some predictive modeling that can show which wind conditions would significantly increase the risk of freshwater moving into the gulf and into the banks.

That type of system would arm them with better arguments for policy makers when they are making choices in terms of urban sprawl, paving everything and regulation of greenhouse gases.

“The Flower Garden Banks are the jewel in the crown of the U.S. reefs because they are one of the few as a whole that are not significantly degraded,” she said. The area is important to “fishers, the diving industry, this is a cost that we’re incurring” if something happens to the reefs. 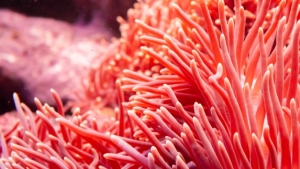 NEW BRUNSWICK, N.J. — A popular coral restoration technique is unlikely to protect coral reefs from climate change and is based on the assumption that local threats to reefs are managed effectively, according to a study co-authored by Rutgers, Coral Research Alliance and researchers at other institutions. The research, published in the journal Ecological Applications, explored the […] 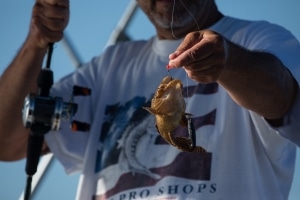 ANNAPOLIS, Md. — The Rod and Reef Slam Fishing Tournament returns for its fourth year in Maryland waters this fall from Oct. 9 to Oct. 17. In this unique fishing tournament, anglers who catch the most different species of finfish can win gift cards and prizes worth up to $300. The family-friendly tournament includes powerboat, kayak, and youth divisions.  The entry cost is $25 and all entrants receive a shirt if registered before […]