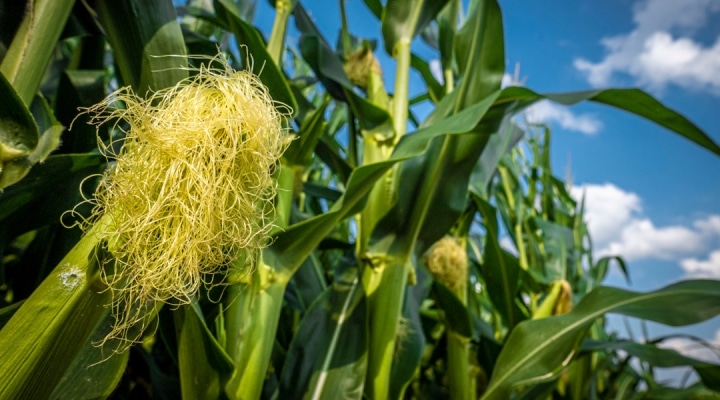 On the issue of GMO misinformation, lead author Mark Lynas said: "Our results show that misinformation about GMOs is still a huge problem, and that hundreds of millions of people are being given false information that contradicts the scientific consensus on the safety of genetic engineering. Make no mistake: misinformation about GMOs can be as harmful to society as misinformation on vaccines or climate change. The media must do better, and stop publishing false claims on this subject spread by anti-science activists." (U.S. Department of Agriculture, Public Domain)

ITHACA, N.Y. — Science misinformation about genetically modified crops and foods had a potential global readership of over a quarter of a billion people, according to a new study published by the Alliance for Science, which combats anti-science misinformation on topics like climate, vaccines and GMOs.

The study assessed top English-language media from around the world, with stories published over a two-year period between January 2019 and January 2021. Articles were assessed for misinformation, defined as statements that disagreed with the scientific consensus on the safety of genetic engineering.

Overall, 9% (47) of the 535 relevant articles containing ‘GMO’-related keywords contained misinformation. This false information was considered likely to have had a potential reach of 256 million people.

The problem is particularly acute in Africa, where one-fifth of media coverage of genetically modified foods contained misinformation. The corresponding figures for North America and Europe were 5% and 7%, respectively.

The biggest category of misinformation concerned human health. This category includes articles containing claims that GMOs cause cancer or other health impacts without refutation, because such claims contradict a worldwide scientific consensus that food from genetically engineered crops is as safe as food from non-genetically engineered crops. Misinformation on GMOs and human health also had the highest readership, achieving a potential reach of 139 million people.

The study was conducted in partnership with Cision Media, using its NextGen database of global media. Sentiment analysis and categorization was performed manually, not by machine.

The paper, which is published in the peer-reviewed journal GM Crops & Food, is titled “Misinformation in the media: global coverage of GMOs 2019-2021.” The lead author is Mark Lynas, climate and research lead at the Alliance for Science, which is based at the Boyce Thompson Institute in Ithaca, New York.

Lynas has previously published work with the Alliance for Science quantifying the scientific consensus on climate change, and examining media misinformation both on COVID-19 and vaccines. This new paper is thought to be the first to quantify the extent of GMO-related misinformation in the world’s media based on a comprehensive dataset.

Dr Sheila Ochugboju, executive director the Alliance for Science, added: “What is most worrying is that the problem of misinformation on GMOs is particularly acute in Africa, where it is harming the livelihoods of smallholder farmers by preventing them from accessing new crop varieties that are resistant to pests and to drought caused by climate change.”

She added: “It is vital that the benefits of scientific innovation are not denied to people in the Global South,” and vowed that the Alliance for Science will continue to combat misinformation on this subject and others via its Nairobi-based Global South Hub, and by working with partners including the Open Forum for Agricultural Biotechnology in Africa (OFAB).

Opened in 1924, Boyce Thompson Institute is a premier life sciences research institution located in Ithaca, New York. BTI scientists conduct investigations into fundamental plant and life sciences research with the goals of increasing food security, improving environmental sustainability in agriculture, and making basic discoveries that will enhance human health. Throughout this work, BTI is committed to inspiring and educating students and to providing advanced training for the next generation of scientists. BTI is an independent nonprofit research institute that is also affiliated with Cornell University. For more information, please visit BTIscience.org. 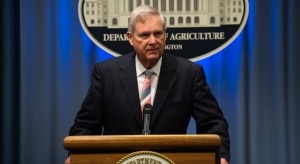 SHARM EL-SHEIKH, Egypt — At the 2022 United Nations Climate Change Conference (COP27) this week, Secretary of Agriculture Tom Vilsack highlighted the U.S. Department of Agriculture’s initiatives and investments in climate-smart agriculture and forestry, noting that global food security depends upon the ability of farmers and producers worldwide to increase their productivity while strengthening their climate […]