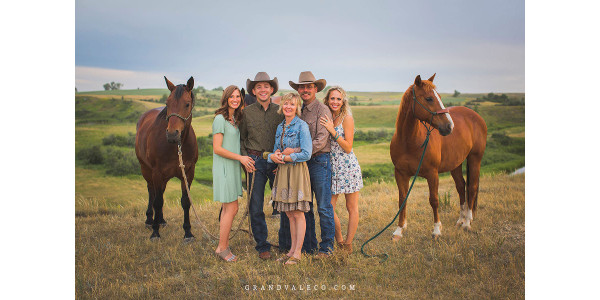 JAMESTOWN, N.D. — When Marc Schriefer recently formed a partnership with his son Riley on their family farm near Golden Valley, they decided a new crop variety would be a fresh start.

“We wanted a clean slate — all new wheat seed,” said Marc, a third-generation family farmer. “Riley and I started looking on the internet.”

The Schriefers chose not to wade through the selling points and subjective information of seed companies. Instead, they turned to the North Dakota State University Extension Service and their crop trials.

“Extension comes to mind first because it’s not biased,” Marc said. “You could go look at a private breeding program and some are better, and some are not. When their goal is to sell their product, they’ll highlight the highlights. With Extension, it’s actual trials under the same environment.”

The latest legislative session cut Extension’s budget by $4.1 million, 14 percent of its state funding. That means cutting around 20 full-time-positions, which could affect not only the level of service it provides but also its performance with agriculture research.
For those on the farm, agriculture research is vital to increased profitability. Schriefer said Extension’s data on the seed varieties provided them with the right information to make an informed decision.

“(Extension) was a pretty major part in how we made our decisions and what new varieties we wanted to start with,” Marc said. “Extension is very proactive on getting information to producers, whether it just be on crop trials that may seem mundane or boring to a researcher. But as a farmer, I want to know what variety is doing the best in my area.”

It’s a story often repeated by farmers and ranchers around the state. The difference that Extension has made in their life is obvious.

“In this high-tech world, everybody can go on the internet and find information,” Schriefer said. “But it has to be reliable information you’re looking at, and NDSU Extension has been very good at providing us reliable information. And they’ve been very non-political in their research — ‘These are the numbers, and this is what this is doing.’

“They’re the one-point resource we can go to find the baseline — it’s where we can start our research and investigation.”
But the crop trials were just a small part of the influence Extension has had on the Schriefers. The family’s history with 4-H goes way back to when Marc was a kid.

“I was involved, and my mom was a leader,” he said. “My sisters and I were members. Growing up, our kids were involved, too. They showed everything from garden stuff to cattle. The part about (Extension) with youth — it’s always been there. We don’t know what it’s like not to have it. There aren’t that many kids out in the country anymore, but the town kids are very involved now.”

He was on the state board for the Association of Soil Conservation Districts and said they could always count on the county Extension agent to give an update.

Community health is also important to Extension, as it hosts an exercise class in Golden Valley. Schriefer said his mother attends the class.

“It doesn’t just affect kids, it also affects retired people in small communities by doing things like that,” he said. “John Q. Public that lives in Bismarck and probably uses Extension to grow vegetables isn’t necessarily going to be affected by the beef quality program. And maybe he doesn’t realize all consumers are affected by what we do out here, whether it be vaccinating cattle in the right spot or how we use our pesticides.”

The budget issue isn’t an easy topic for debate — Schriefer said he knew Extension wouldn’t be immune to the cuts made by the legislature — but he sees one avenue for potential.

“I don’t think it would be wrong to pay a fee for some of these services,” Schriefer said. “Sometimes if you go to a meeting and you don’t pay for it, that’s what you get out of it because you don’t have any skin in the game.”

Schriefer said Extension’s ability to positively affect change in small communities and stay current on the needs of farmers and ranchers has made it an important part of rural life.

“They’re ahead of the curve,” he said. “The timing of Extension has been pretty good as far as issues that affect rural North Dakota, and it’s not just agriculture. Extension affects all of North Dakota.”

Agriculture’s future is in good hands