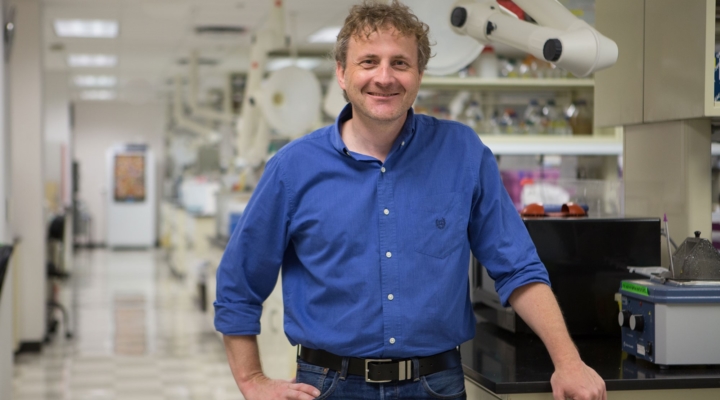 Wolf Scheible, Ph.D., professor and principal investigator, has earned the distinction of being among the most-cited researchers in the world for the fifth year in a row. (Noble Research Institute)

ARDMORE, Okla. — For the fifth year in a row, Noble Research Institute professor and principal investigator Wolf Scheible, Ph.D., has earned the distinction of being among the most-cited researchers in the world.

Being a “highly cited researcher” indicates that Scheible is among the top 1 percent of science and social science researchers worldwide. He is also one of only 223 plant and animal scientists recognized.

Researchers were ranked by their number of highly cited papers, which is based on how often their scientific findings have been cited in journals or by other researchers. Scientists in the top 1 percent (in their given field of research) from 2006 to 2016 were included in the Clarivate Analytics’ Highly Cited Researchers 2018 list, which includes 6,078 researchers worldwide in 21 science and social science fields.

The accolade is a lifelong status and earns Scheible recognition in Clarivate Analytics’ “2018 Identifying Top Talent in the Sciences and Social Sciences” executive summary.

Scheible’s team studies how plants thrive under phosphorus-limited conditions in certain areas of the world. They then figure out how to transfer that ability to crop plants so that farmers and ranchers can grow food and forage more efficiently. Phosphorus-enriched fertilizer promotes abundant, healthy, high yielding plants. It is a linchpin for growing food and cannot be substituted. However, phosphorus is a limited resource. Efficient plants are vital to keep production agriculture going and feeding the world while using fewer inputs.