Home / South Carolina / SCDA asks USDA to adjust hemp rule to help farmers
A new user experience is coming! We'll be asking you to login to your Morning Ag Clips account March 1st to access these new features.
We can't wait to share them with you! Read more here. 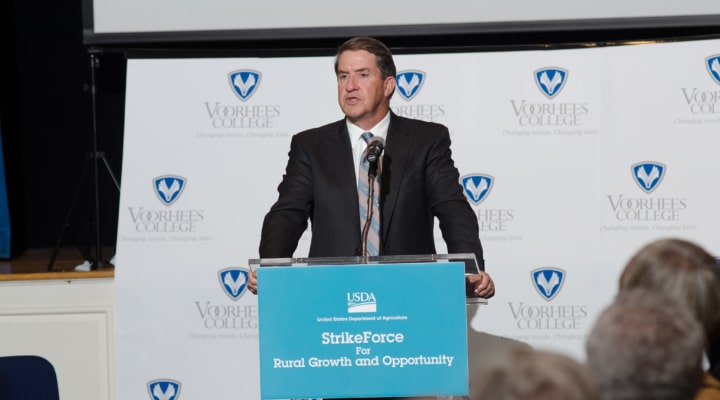 USDA released its interim final rule on hemp on Oct. 31, 2019, and the South Carolina Department of Agriculture is in the process of writing a state plan that complies with the federal rule.

However, SCDA has several concerns about testing requirements in the federal rule, and has formally submitted comments to U.S. Secretary of Agriculture Sonny Perdue asking that they be reconsidered.

For example, the federal rule mandates that all hemp fields be sampled by SCDA-designated staff and tested by a DEA-registered laboratory within 15 days prior to harvest, a window SCDA feels is too narrow. Farmers are at the mercy of weather conditions, while laboratories are likely to experience back-ups during harvest season, and SCDA has not been given any funding to administer this testing.

“We believe that several provisions in the interim final rule lack the flexibility necessary for our farmers to be profitable and for SCDA to be able to implement a successful hemp program,” Weathers wrote.

Launched in 2018, South Carolina’s hemp program has grown each year, with 114 farmers and 43 hemp processors permitted in 2019. SCDA plans to begin accepting applications for the 2020 growing season on Feb. 1, 2020. More information about South Carolina’s Hemp Farming program can be found at agriculture.sc.gov/hemp.