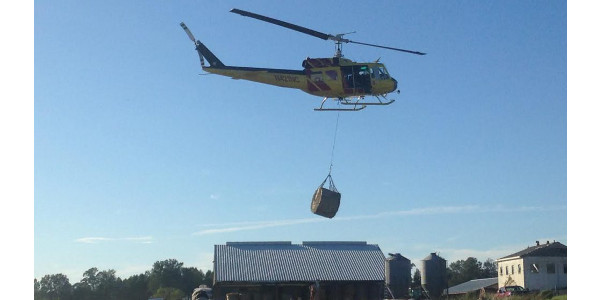 Over the course of three days, a North Carolina Forest Service helicopter air-lifted nearly 100 bales of hay to the stranded cows. (Courtesy of NC State University)

GOLDSBORO, N.C. — Dread knotted Andy Meier’s stomach as he sat in his pickup truck on a hill overlooking Cherry Research Farm. Hurricane Matthew had clobbered much of Eastern North Carolina the day before, and he was certain his research station would flood.

So he waited. And watched.

Little did he know how high the water would rise. Or how massive the wave of support from throughout the state would be.

“We had already done the planning, the equipment was up and all the tactical work was done,” said Meier, Cherry Research Farm manager. “One of the lessons we learned from Hurricane Floyd was where to put the animals. … They were essentially on islands.”

He also had set up a mobile command center, thanks to John Garner from Castle Hayne Research Station. Garner navigated around countless impassable roads on Sunday afternoon to deliver a fully-loaded bus. The 45-minute drive took several hours.

Meier camped at the farm Sunday night. When he woke the next morning, it was almost entirely underwater. 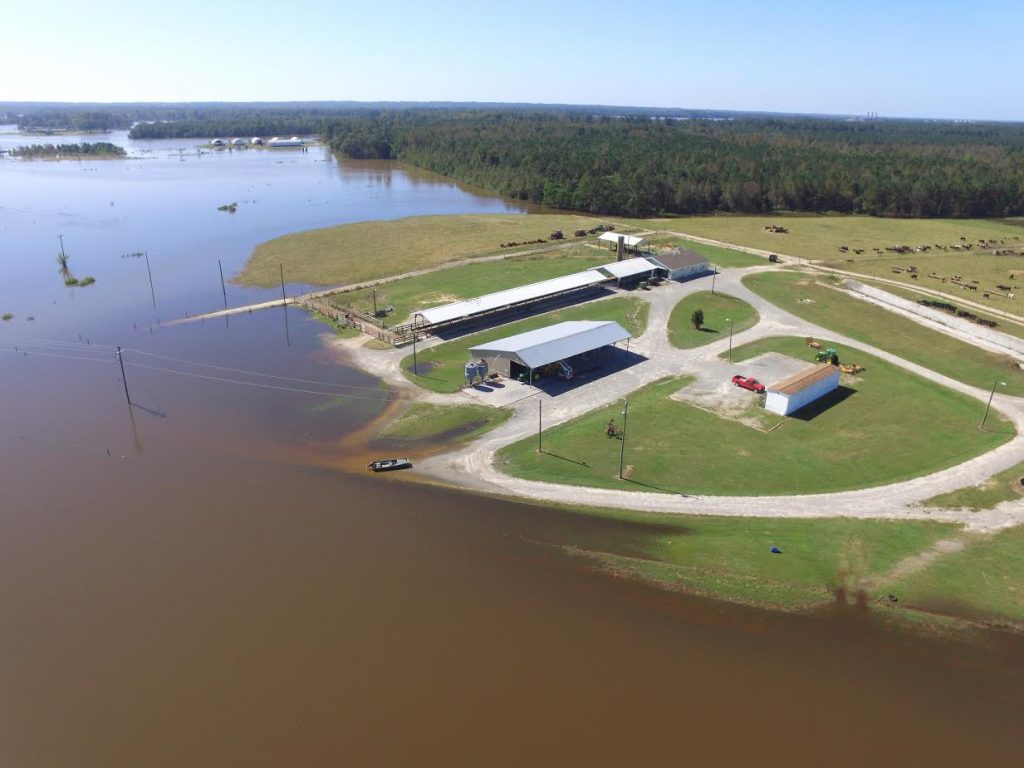 Located in Goldsboro, Cherry Research Farm houses 100 beef cows, a dairy herd of 200 and a couple barns of pigs, along with row crops and research plots. It’s one of 18 research stations across the state that are operated through a partnership between NC State University and the North Carolina Department of Agriculture and Consumer Services.

Surrounded by the Neuse and Little rivers, the station relies on levies for protection from flooding. And the storm caused several big breaches.

“We learned quickly that our stored feed for the dairy had flooded, so we didn’t have anything to feed the cows,” Meier said.

Within hours, a North Carolina Forest Service helicopter had been lined up. Over the course of three days, the crew air-lifted nearly 100 bales of hay to the stranded cows.

And when feed ran out for the pigs and beef cattle, the NC State Feed Mill responded in record time. They ground fresh feed, and bagged it in 1,000-pound totes that could be airlifted. Staff from Central Crops Research Station delivered it to Cherry Farm within 90 minutes.

People from a number of research stations delivered supplies and cooked meals for the Cherry Farm staff, as did N.C. A&T State University and NC State’s Center for Environmental Farming Systems, which calls Cherry Farm home. Folks even came from the mountains to help. 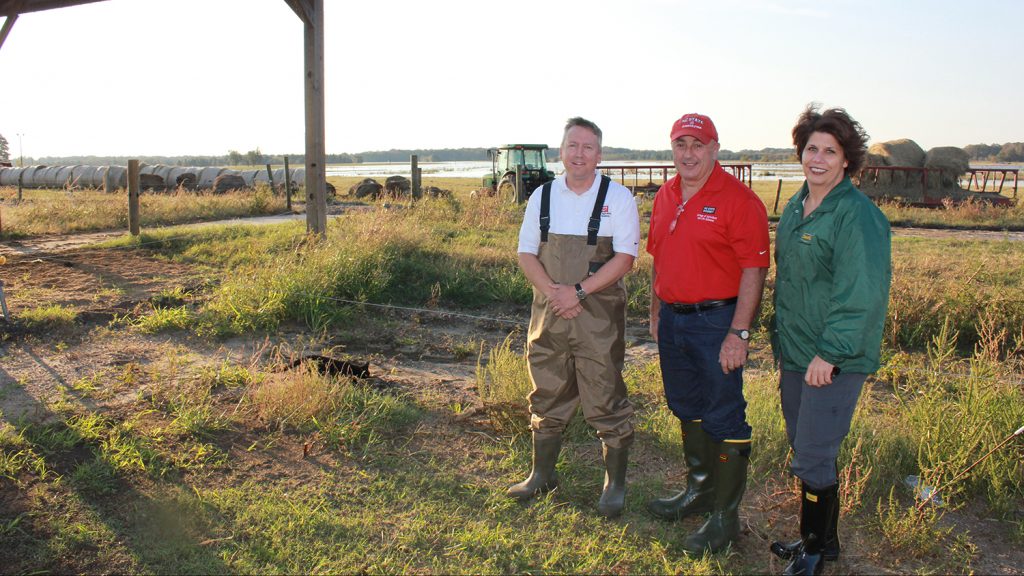 Meier struggles to find words to describe the outpouring of support and the herculean efforts of his own staff. His team became boat captains and safety leaders. His administrative assistant tracked every person’s whereabouts and every meal and supply delivered. At the end of the ordeal, her list was 30 pages long.

“We’d hold hands every morning, say a prayer and get on with it,” Meier said. “We did that every day. And even though the water was still rising that week, more and more people were able to find routes and come in to help. It was amazing.”

The majority of the farm’s cotton and soybean crops were destroyed, as well as countless research samples.

And in the midst of the crisis, 38 calves were born. Thanks to the relentlessness of farm staff and volunteers, there wasn’t a single disaster-related animal loss.

“This partnership saved the farm,” Meier said. “NC State, NCDA, N.C. A&T … you couldn’t tell us apart. When you looked at that response and the way that that team interacted with each other, you would never know that we don’t work together every day.”

Want to learn more about the Hurricane Matthew cleanup?

Hear our heroes tell their stories and be recognized by North Carolina Commissioner of Agriculture Steve Troxler. Then check out how NC State Extension leapt into action when disaster struck, going “way beyond” expectations.