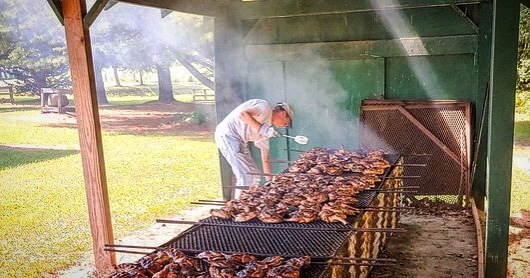 Dinners are $14 each and include ½ chicken, baked potato, coleslaw, dinner roll, smith apple pie, and a bottle of water. (Courtesy Photo)

BALLSTON SPA, N.Y. — Saratoga County 4-H is proud to announce our next 4-H Chicken BBQ.  The BBQ is scheduled for Saturday October 10, 2020 from 4-7PM. It will take place at the Cornell Cooperative Extension of Saratoga County office, 50 West High Street in Ballston Spa. Tickets are on sale now! Dinners are $14 each and include ½ chicken, baked potato, coleslaw, dinner roll, smith apple pie, and a bottle of water. Saratoga Eagle has generously donated the water for the event. 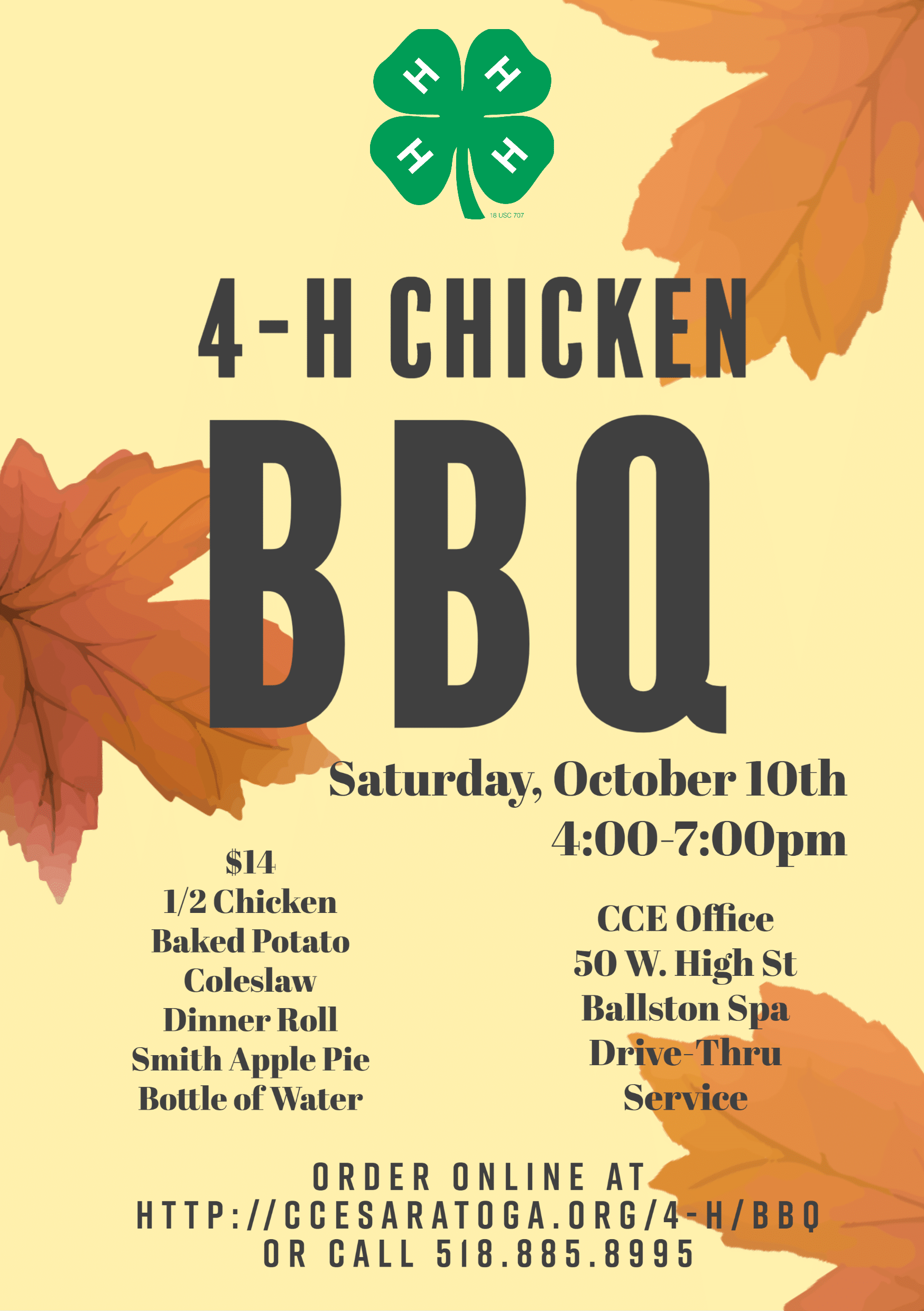 All proceeds from the event will go directly to youth programming provided to 4-H participants. 4-H is a non-profit youth development, educational, out of school program.  It is for boys & girls age 5-19.  Those in the 5-7 year old age group are called Cloverbuds.  8-19 year olds are called Traditional 4-H’ers.  The 4-H program is part of Cornell Cooperative Extension.  In Saratoga County, we reach over 10,000 youth annually through our various program delivery methods, making us the premier out-of-school enrichment program in NYS.

To order tickets please visit our website http://ccesaratoga.org/4-h/bbq  or call 518-885-8995. A limited number of tickets will be available at the door while supplies last.

New York Soil Health kicks off a second round of training