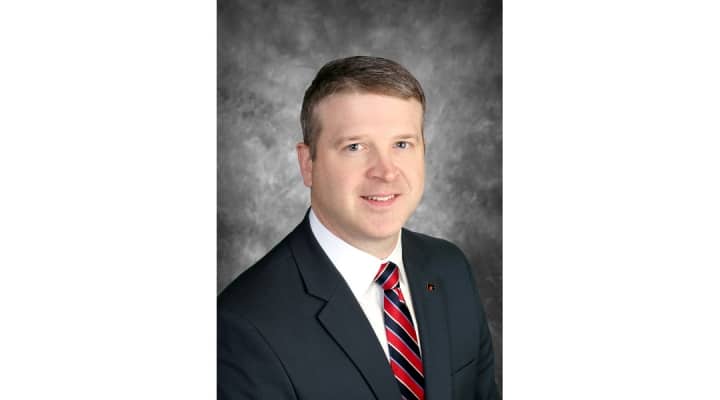 Kieffer is currently the Chief Administrative Officer of Pennsylvania Farm Bureau, where here he leads a staff of more than 80 professionals in representing and serving farm and rural families across Pennsylvania. He began his career with Pennsylvania Farm Bureau in 2005, and he has held several positions within the organization including Regional Organization Director, National Government Relations Director, and Manager of the Government Affairs & Communications Division. Kieffer is also a 12-year veteran of the Pennsylvania Army National Guard, where he served as a logistics officer.

“Sam’s commitment to advocating for farmers and ranchers made him a natural fit for the American Farm Bureau Federation,” said AFBF President Zippy Duvall. “Rising through the ranks of the Pennsylvania Farm Bureau has given him tremendous insight into the challenges and rewards of ensuring America’s pantries remain stocked. I’m confident the leadership Sam has shown during the past 15 years, combined with his dedication to service, will provide excellent results for AFBF and the farm families we represent.”

Kieffer says he is humbled by the selection, adding, “I have dedicated much of my professional life to advancing the Farm Bureau mission and this is a great honor for me. U.S. agriculture is at a crossroads, which presents enormous opportunity and responsibility for the largest general farm organization in the country. I’m eager to join the incredibly talented AFBF team in Washington.”