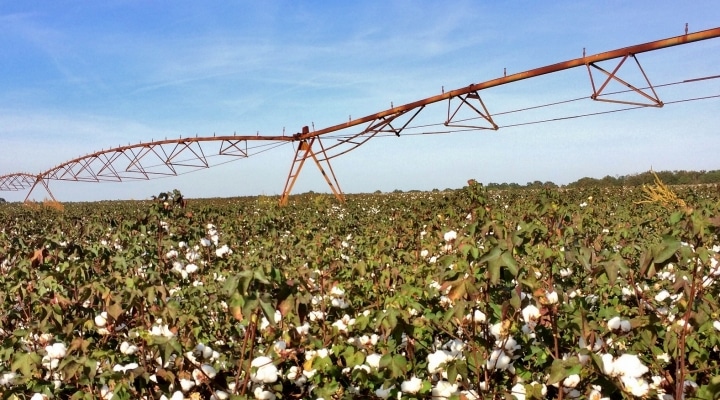 Salter, who fills the position previously held by Michael Purvis for nine years, started his new job with GFB July 15. Purvis resigned in May, effective June 1, to begin a new role with Georgia Farm Bureau as an insurance training agent in Irwin County.

“Georgia Farm Bureau appreciates everything Michael did for our county Farm Bureau offices on the federation side and wish him well as he transitions to our insurance company,” said GFB President Gerald Long. “We’re excited to have Ben join our GFB 10th District team and think his agricultural background and love of agriculture will help him serve our county offices well.”

A native of Tift County, Salter grew up on a diversified row crop and commercial cattle farm.

He graduated from the University of Georgia College of Agricultural & Environmental Sciences in 2011 with a Bachelor of Science in crop and soil science. He previously attended Abraham Baldwin Agricultural College, where he completed his core curriculum.

“I am passionate about agriculture and its direct role in the community for both sustainability and financial stability,” Salter said. “I am excited about the opportunities to further agriculture through Georgia Farm Bureau and the people I will be working with.”

After graduating from UGA, Salter was employed for eight years with Lewis Taylor Farms in Tifton as the farm greenhouse, farm and nursery manager overseeing production and nursery crops and pine seedlings. He has also been operating his own farm since 2012, raising commercial beef cattle and growing row crops, vegetables and cereal grain grasses for grazing/cattle feed.  Salter also operates a land management business.

Salter is a graduate of the Advancing Georgia in Agriculture and Forestry Class of 2017-19. He and his wife, Bailey, have two young children: son, Grey, and daughter, Harlow.