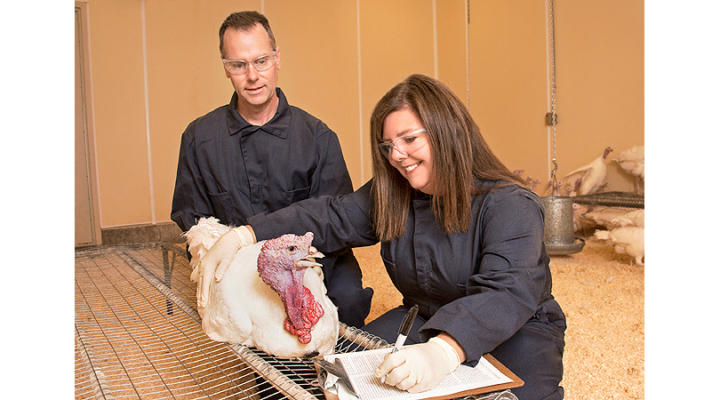 In experiments, the vaccine protected pigs against two types of Salmonella—Typhimurium and Choleraesuis. It also protected turkeys against Typhimuriumand a multidrug-resistant Salmonella type, Heidelberg—the bacterium responsible for a 2011 outbreak in ground turkey.

Choleraesuis, the source of major U.S. and global outbreaks in swine in the 1980s and 1990s, causes a severe disease that can kill animals. According to ARS scientists, if an outbreak occurs in the United States, the new vaccine could provide protection against Choleraesuis, along with other foodborne Salmonella such as Typhimurium. The vaccine is also a DIVA—Differentiation of Infected from Vaccinated Animals—meaning it shouldn’t interfere with specific tests used to detect natural Salmonella infections in pigs. Thus, a producer can differentiate vaccinated animals from those naturally exposed to Salmonella.

The scientists believe that the vaccine will protect against other types of Salmonella in addition to the three strains tested. ARS has filed a patent application for this vaccine technology.