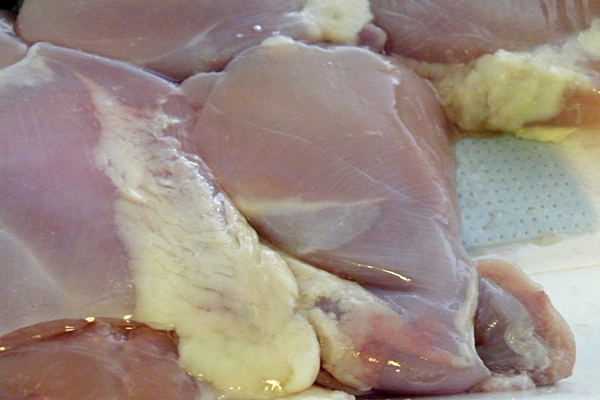 Public health investigators are using the PulseNet system to identify illnesses that may be part of this outbreak. PulseNet is the national subtyping network of public health and food regulatory agency laboratories coordinated by CDC. DNA fingerprinting is performed on Salmonella bacteria isolated from ill people by using techniques called pulsed-field gel electrophoresis and whole genome sequencing. CDC PulseNet manages a national database of these DNA fingerprints to identify possible outbreaks. WGS gives a more detailed DNA fingerprint than PFGE. WGS performed on Salmonella from ill people in this outbreak showed that they are closely related genetically. This means that the ill people are more likely to share a common source of infection.

As of Monday, 92 people infected with the outbreak strain of Salmonella Infantis have been reported from 29 states. A list of the states and the number of cases in each can be found on the Map of Reported Cases page.

Illnesses started from Jan. 19 to Sept. 9. Ill people range in age from less than 1 year to 105, with a median age of 36. Sixty-nine percent of ill people are female. Of 62 people with information available, 21 (34 percent) have been hospitalized. No deaths have been reported.

Investigation of the Outbreak

In interviews, ill people answered questions about the foods they ate and other exposures in the week before they became ill. Of 54 people interviewed, 48 (89 percent) people interviewed reported preparing or eating chicken products that were purchased raw, including ground chicken, chicken pieces and whole chicken. Ill people reported buying many different brands of raw chicken products from multiple stores. Also, one person got sick after pets in their home ate raw ground chicken pet food. Another ill person lived with someone who works in a facility that raises or processes chickens.

The outbreak strain of Salmonella Infantis has been identified in samples from raw chicken pet food, from raw chicken products from 58 slaughter and/or processing establishments and from live chickens. Samples collected at slaughter and processing establishments were collected as part of FSIS’s routine testing under the Salmonella performance standards. Furthermore, WGS showed that the Salmonella from these samples is closely related genetically to the Salmonella from ill people. This result provides more evidence that people in this outbreak got sick from handling or eating raw or undercooked chicken.

WGS analysis of isolates from 43 ill people and 68 food or environmental samples predicted resistance to some or all of the following antibiotics: ampicillin, ceftriaxone, chloramphenicol, ciprofloxacin, fosfomycin, gentamicin, hygromycin, kanamycin, nalidixic acid, streptomycin, sulfamethoxazole, tetracycline and trimethoprim-sulfamethoxazole. Two non-clinical isolates had no predicted resistance. Testing of five isolates using standard antibiotic susceptibility testing by CDC’s National Antimicrobial Resistance Monitoring System laboratory confirmed these results (fosfomycin, hygromycin and kanamycin were not tested by this method). These antibiotic-resistant infections may be difficult to treat with commonly recommended antibiotics and may require a different antibiotic choice. Advice to clinicians is available.

CDC and USDA-FSIS shared the results of the investigation with representatives from the chicken industry to make them aware of the outbreak and to ask them about steps they can take to reduce Salmonella contamination. Because investigation results suggest this strain of Salmonella Infantis is present in both live chickens and in raw chicken products, further investigation and interventions to reduce the prevalence of this strain should target both the live chicken industry and chicken processing facilities. Consumers should be aware that raw chicken may be contaminated with germs. Always follow food safety steps to prevent Salmonella infection from these products.

— Centers for Disease Control and Prevention

N.J. cranberries: A tour of the Garden State fruit

Steps to prevent getting salmonella from poultry
April 22, 2019

Woman sues over melon linked to US salmonella outbreak
April 18, 2019