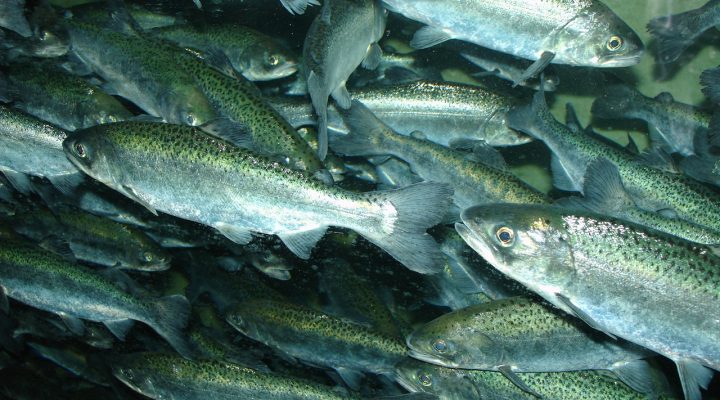 VANCOUVER, Wash. — Newly published research has unveiled remarkable insight into the survival rates of Chinook salmon populations along the North American West Coast, highlighting a dramatic omission in the way such data has been interpreted for over two decades.

The peer-reviewed research titled, “A Synthesis of the Coast-wide Decline in Survival of West Coast Chinook Salmon” has been published by the leading science journal, Fish and Fisheries. The research was carried out by a team from Kintama Research, led by the award-winning Dr. David Welch, who has been involved in marine research on salmon for 40 years and recognized globally for his work.

Importantly, this pivotal research comes at a time when many interest groups continue to press for the removal of productive, cost-effective hydroelectric dams, despite the region’s aggressive carbon reduction goals. Many believe that the federally-operated dams are preventing the recovery of threatened and endangered salmon populations – specifically in the Snake River, the largest tributary of the Columbia in the Pacific Northwest.

However, Dr. Welch’s research questions that conclusion. The study reveals that Chinook salmon survival has fallen by two-thirds, on average, for almost all regions along the western coast of North America – in both dammed and undammed areas – and not just in the Columbia River Basin.

The study is supported by deep technical and scientific analyses of the extensive survival data collected by government agencies over many decades. The research also reveals that survival is indistinguishable for Puget Sound and Snake River spring Chinook populations, despite the absence of major dams in the Puget Sound region.

The implication of the research is that the shared ecosystem of all Pacific salmon, the Pacific Ocean, is likely the source of the coastal-wide decline in Chinook salmon populations. Dams, while having some effect on salmon survival, do not appear to be a key limiting factor for recovery.

Dr. Welch’s scientific analysis also found a significant flaw in the models used to produce adult survival estimates for the Columbia River Basin salmon. The two predominant models used to formulate regional salmon policy both rely on PIT tag data–small RFID tags implanted in some fish, which only track salmon when they swim past in-river receivers.

Adult salmon caught in fisheries in the ocean or river are not counted by these monitoring systems, meaning that harvest is ignored in the models. The assumption by the modelers is that harvest is insignificant and stable from year to year, so excluding it isn’t a problem.

In contrast, Dr. Welch’s research found that harvest of Columbia River Chinook stocks can be large–as much as 75% of the total salmon run for some Columbia River populations–and highly variable over time.

This finding means that the predominant models fail to recognize that the reason for good or bad salmon returns may have been strongly influenced by how a range of U.S. federal, state, and Canadian agencies were regulating the adult salmon catch.

As a result, the model outcomes are unintentionally providing erroneous information.

This new research clearly shows a need to revise the models and, ultimately, salmon policies themselves.

No Evidence for Delayed Mortality

Those who oppose hydroelectric dams with advanced fish passage systems often refer to the theory of delayed mortality. This assumption is rooted in the unproven idea that juvenile salmon are injured by successive dam powerhouses and fish bypass systems, reducing their survival in the ocean.

However, Dr. Welch makes a convincing case that there is no real evidence for delayed mortality in the data. He provides solid reasoning, using data from both the Fish Passage Center and other independent datasets, that greater dam passage does not usually cause lower survival rates.

This finding is critical, because policies based on the delayed mortality theory have cost the region billions of dollars and increased our carbon footprint without addressing the real issues leading to lower salmon survival–climate change and warming oceans.

The governors of Oregon and Washington both recently pointed to the region’s devastating and deadly wildfires as signs that climate change will continue to have a very negative effect on Pacific Northwest communities. Dr. Welch’s study shows that they should be similarly concerned about the oceanic impacts of climate change and their effects on salmon survival.

This conclusion means that our carbon-free hydropower resources are more important than ever.

NWRP is focused on raising awareness about how the Northwest’s hydropower system betters communities and the natural environment, and we encourage science-based solutions that help hydropower and salmon coexist and thrive. http://nwriverpartners.org.