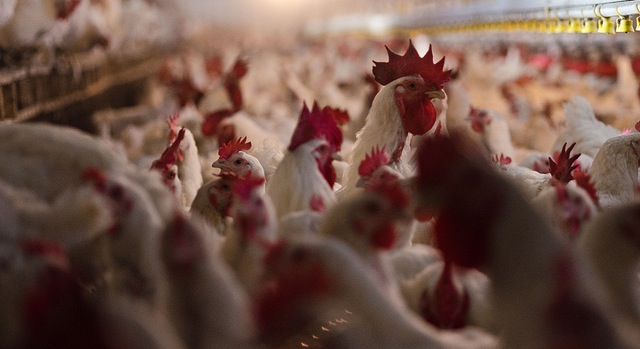 Historic BLS data reveal that the meat and poultry industry has continued to make considerable worker safety progress, as the number of non-fatal occupational injuries and illnesses decreased more than 36 percent since 2007. (U.S. Department of Agriculture, Flickr/Creative Commons)

In 2016, there were 5.3 cases of occupational injuries and illnesses per 100 full-time workers in the meat and poultry sector. This figure represents an improvement from the previous industry low of 5.4 cases per 100 workers recorded in 2015. Historic BLS data reveal that the meat and poultry industry has continued to make considerable worker safety progress, as the number of non-fatal occupational injuries and illnesses decreased more than 36 percent since 2007.

The most serious injuries, those included in the “Days Away, Restricted, or Job Transfer (DART)” rate, totaled 3.8 cases per 100 workers, the second lowest rate ever recorded for the meat and poultry industry. In 2015, the DART incidence rate was 3.7 cases per 100 full-time workers.

“Worker safety progress is one of our industry’s greatest success stories, as evidenced by the 75 percent decline in injury and illness rates in the past 20 years,” said Meat Institute President and CEO Barry Carpenter. “This significant progress demonstrates the industry’s unwavering commitment to provide a safe, healthy work environment to the more than 500,000 employees who produce the world’s safest, most nutritious and affordable meat and poultry supply.”

For comparison, it is safer to work in meat and poultry packing and processing than in soft drink manufacturing, roasted nuts and peanut butter manufacturing, frozen fruit juice and vegetable manufacturing and nursing and residential care facilities. Moreover, meat and poultry sector employees were less likely to have experienced a non-fatal occupational injury or illness than those who work for pet supplies stores, in courier and express delivery services and in performing arts and spectator sports.

In the early 1990s, the Meat Institute declared worker safety a non-competitive issue, which encouraged member companies to collaborate to find solutions that prioritized and enhanced worker safety. The meat industry, together with Occupational Safety and Health Administration (OSHA) and the United Food and Commercial Workers (UFCW) union, also developed Voluntary Ergonomic Guidelines for the Meat Packing Industry — guidelines that OSHA called a “model” for other industries.

The Meat Institute convenes an annual conference on worker safety and presents awards to meat and poultry plants that have achieved high levels of workplace safety performance. The 2018 Worker Safety Conference for the Meat and Poultry Industry will take place January 29-30, 2018, in conjunction with the International Production and Processing Expo in Atlanta, Georgia. The Worker Safety Recognition Awards will be presented during the Meat Institute’s Annual Awards Ceremony and Luncheon on January 30 in Atlanta.

Fighting to keep food on the table

PPE shortage for pesticide applicators
May 21, 2020