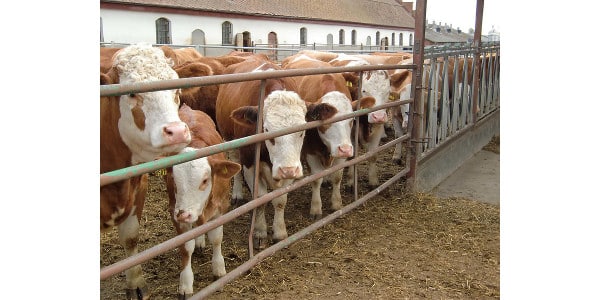 Data provides confidence and security, for now and later. (Charlotta Wasteson via Flickr)

BOZEMAN, Mont. — While many aspects of life have gotten complicated in recent weeks, time – and food production – march on. Cow-calf producers are making breeding decisions this spring while navigating the realities of distraught cattle markets.

To avoid costly mistakes, they need the best information possible. Producers like Missouri’s Chuck Miller rely on data from the American Simmental Association.

“The Association gives us so many tools in terms of evaluative abilities,” Miller says. “In doing that, we can utilize those efficiencies to make better cattle, and then also to transfer that to our customers and, really, to up their bottom line as much as possible.”

As registered seedstock producers, Chuck and his wife, Christi, raise SimAngusTM in the picturesque Ozark hills near Olean. Christi says bull purchases made now have lasting effects on their herd – and those of their customers – for years to come.

Data provides confidence and security, for now and later.

“You can’t do things overnight. We’ve got to make decisions that look down the road. Simmental helps us be progressive but also helps us to make those decisions that are sound,” Christi says. “We’re not fly-by-the-night, by-the-seat-of-our-pants decision-makers. We can make a decision that is looking a year or two calf seasons down the road.”

The Millers are equally as committed to their commercial customers’ bottom lines as they are to their own. By utilizing tools like Herdbook, they ensure the animals they keep in the herd are more productive and, ultimately, more profitable.

“We utilize Herdbook in terms of our data management and data collection. We believe in building a strong database so that we make our data that goes out to our customers more meaningful,” Chuck adds. “In the SimAngus business, we can take advantage of heterosis and pass that advantage on to our customers.”

In northwestern Minnesota, Paul Rydeen tells a similar story. He says Simmental has been a game-changer, allowing him to pair growth with maternal traits.

“We believe that the maternal traits that Simmental offers are probably as much value as any, and the gain that they have,” Rydeen says. “My customers sell at local sale barns by the pound, so they had to produce pounds of beef. That’s where I could show them that even starting with these half-blood bulls, that’s attainable.”

Year-after-year, he’s seen repeat customers return to buy bulls that are profitable. And, every year, they show up more educated than the last.

“Every year when we sell bulls and females, we pull DNA off them and we catalog that and give that to our customers,” he says.

Once calves are ready to sell, Rydeen and Miller point commercial cattlemen to the IGS Feeder Profit Calculator™, a tool by International Genetic Solutions that helps to place a more accurate value on their calves and ensure they have the best opportunity when they go to market.

“The Feeder Profit Calculator allows us to put some tangible value on the animals themselves,” Miller says. “We have a general idea, typically most cattlemen do, as to the value of the animals. But, this actually gives some specific information that we can use to market our animals.”

Ranchers wanting to learn more can visit simmental.org or contact the Association at 406-587-4531.

Founded in 1968, the American Simmental Association is headquartered in Bozeman, MT. ASA is committed to leveraging technology, education, and collaboration to accelerate genetic profitability for the beef industry. In keeping with its commitment, ASA, along with its partners, formed International Genetic Solutions – the world’s largest genetic evaluation of beef cattle.