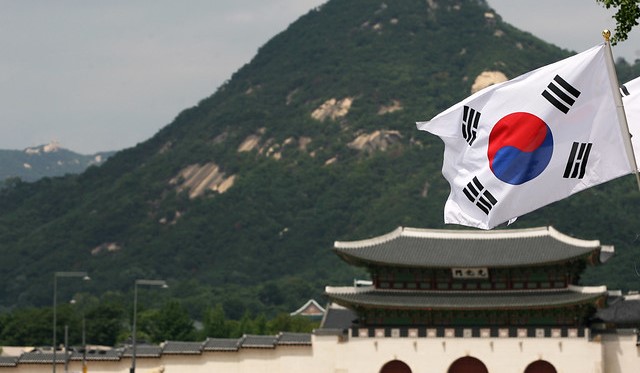 More than 15,000 pigs were culled after the country's first two outbreaks were confirmed last week at a different farm in Paju and a farm in Yeoncheon, another border town, but officials have yet to identify the infection route. (Republic of Korea, Flickr/Creative Commons)

The discovery of still more cases has raised fears officials are fighting a losing battle to halt the spread of the disease that wiped out pig populations across Asia.

Hours after announcing the newest infection in Paju, the South Korean government imposed a 48-hour standstill on all pig farms, slaughterhouses and feed factories in the country as of noon Tuesday, with Prime Minister Lee Nak-yeon calling for “stern, fast and pre-emptive response measures that would feel even excessive.”

More than 15,000 pigs were culled after the country’s first two outbreaks were confirmed last week at a different farm in Paju and a farm in Yeoncheon, another border town, but officials have yet to identify the infection route. The disease may have crossed from North Korea, which reported an outbreak near its border with China in late May.

In a closed-door briefing to lawmakers, South Korean National Intelligence Service Director Suh Hoon said North Korea had new cases after July despite culling pigs, disinfecting farms and restricting the distribution of pork products, according to lawmakers who attended the session.

Lee Hye-hoon, chairwoman of the National Assembly’s intelligence committee, said Suh used charts to explain how the disease has apparently spread to nearly all parts of North Korea. According to Lee, Suh said the agency has heard from unspecified civilian sources that pig herds in North Pyongan province — a region north of capital Pyongyang — have supposedly been “annihilated” and that residents were complaining about “butcher shops not having meat.”

North Korea in recent months has virtually scrapped all diplomatic activity and cooperation with South Korea amid a standstill in nuclear negotiations with the United States.

Lee said Suh said his agency was struggling to obtain more information because the North has been rejecting repeated South Korean calls for joint quarantine efforts.

“It was difficult to gauge (from Suh’s briefing) whether quarantine measures in North Korea have been thorough and sufficient,” Lee told the Associated Press.

South Korea’s Ministry of Agriculture, Food and Rural Affairs said the disease caused three pigs to have miscarriages at the Paju farm where the country’s fourth case was confirmed. Officials planned to cull the farm’s 2,300 pigs as well as the pigs at other farms within a 3 kilometer (1.8 mile) radius.

The country’s third case had just been confirmed Monday night at a farm in Gimpo, which is on the southern side of a river that separates the border region and the Seoul metropolitan area, where nearly half of South Koreans live. Later Tuesday, the ministry said another case was suspected in the island county of Ganghwa, which is part of the metropolitan city of Incheon that borders the capital.

African swine fever is harmless to people, but having it spread from farms to densely populated areas will make it harder to contain. The illness is highly contagious and fatal for pigs, with no known cure.

In South Korea, where diets rely heavily on pork, there is concern the outbreak could spread and hurt an industry with 6,300 farms raising more than 11 million pigs. The disease decimated pig herds in China and other Asian countries before reaching the Koreas.

The government on Tuesday widened its intensive monitoring zone to cover all areas of Gyeonggi province, which governs the border towns and much of the metropolitan area surrounding Seoul, as well as the nearby Gangwon province and Incheon. Farms within the zone will be prohibited from moving pigs or their waste to other regions for at least three weeks.

Officials have said the first three weeks are crucial, considering incubation periods. They scrambled to strengthen quarantine and prevention efforts, tightly restricting the movement of farmers and animals and disinfecting vehicles, roads and areas near water sources.

Government workers dressed in lab coats and masks guarded roadblocks near farms in Paju, where excavators have been used to dig huge pits used for killing and burying thousands of pigs. The gates, entrances and grounds of many farms were covered in snowy layers of calcium oxide, a disinfectant.

Officials also plan to install more traps, nets and fences to capture or repel wild boars that roam in and out of North Korea, which some experts see as a potential source of the outbreak in South Korea. The Ministry of Environment said it’s testing water from a river that flows across the inter-Korean border for the virus. It is also searching these areas for dead wild boars.

“We will employ all the resources we have so that we could end the (outbreak) as early as possible,” Kim Hyun-soo, the agriculture minister, said in a news conference.