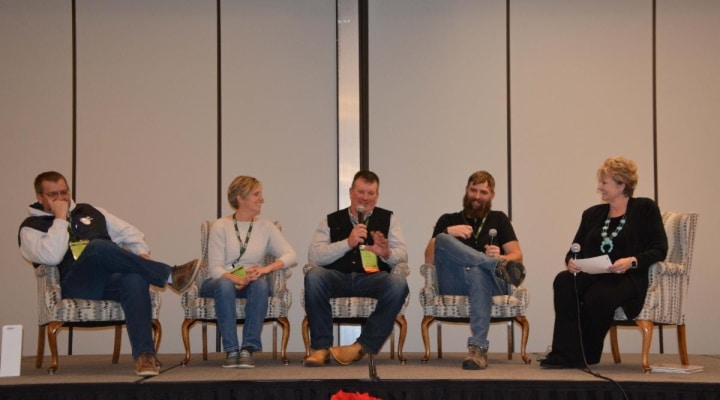 HURON, S.D. – Policy is the focus of the 2022 South Dakota Farmers Union (SDFU) State Convention. Held in Huron, December 15 and 16 in spite of Winter Storm Diaz.

“Policy and making it is a big deal to us,” said Dick Kolousek, a Wessington Springs cattle producer who ranches with his wife Janet and son, Scott and his wife, Amber.

Due to winter storms, the Kolousek family are among a small group of family farmers and ranchers who were able to attend the convention. They drove to Huron together early Thursday. Many convention-goers made the trip to Huron Wednesday to beat the storm.

“There are some policy issues we need to address and discuss together and I’m happy we made it because I am not a fan of Zoom meetings,” said Scott Kolousek.

Along with raising cattle, Kolousek also represents District 2 on the state board of directors. If an in-person convention had been cancelled because of the weather, due to SDFU bylaws, even a remote convention would not be able to be held until later in December.

“Our bylaws state that members need sufficient notice ahead of any change to State Convention date or location. And no one wants to miss out on family holiday celebrations,” explained Karla Hofhenke, SDFU Executive Director.

However, a lot can change between July and December, said Groton farmer, Chad Johnson. This is the reason the organization makes time to revisit and formalize policy during the Annual state convention.

“Events change and issues arise,” explained Johnson, who represents District 7 on the state board of directors.

A proposed pipeline carrying carbon dioxide will be among the new topics discussed during policy.

“It all boils down to property rights,” Johnson said. “During our district meeting many District 7 members expressed concerns. So, I am going to share their concerns during policy and see if Farmers Union can develop policy that will help.”

“As farmers, our land is what we use to earn a living. Whether it is the livestock walking on top of it or the crops planted into it – without our land we are not farmers,” Johnson said.

It is also the focus of a panel discussion led by Scott Blubough. Blubough is an Oklahoma cattle producer and President of American Farmers & Ranchers, a state Farmers Union organization.

“It is so obvious the packers are abusing their market power,” Blubough said. “Like South Dakota Farmers Union, Oklahoma has worked hard on this issue as well.”

Blubough recently attended a White House meeting with President Biden, the U.S. Secretary of Agriculture and the U.S. Attorney General to discuss this and other anti-trust issues impacting agriculture.

“Grassroots policy is the reason we were able to bring this kind of attention to this issue – Farmers Union works for family farmers and ranchers,” Blubough said.

Aberdeen cattle producer, Jeff Kippley agreed. “Policy is what leads this organization. It provides the direction of our organization for the next year.”

“Grassroots policy developed by members and advocated for by members – everything we do is member-driven,” said Doug Sombke, SDFU President and a fourth-generation Conde farmer.

After leading the 2020 State Convention via Zoom, Sombke said even though the attendance is low due to weather, he is grateful to be in-person. SDFU Vice President, Wayne Soren agreed.

The storm forced Hofhenke to re-work the convention speaker line-up and agenda. But in true South Dakota, can-do style, members stepped up to fill in for those the storm forced to stay home. Youth members, Ashley and Tyler Hanson offered to fill in for the entertainment during the evening fundraiser, Nights on the Prairie, and three members filled in on a panel focused on sharing experiences of members who participated on the Farmers Union Enterprise Leadership program.

“The Enterprise Leadership Program is where I learned that it is good as a farmer to share your story and explain why you are doing what you are doing,” Kippley said.

“What I learned through this program, and through networking with producers from other states has served me well in my work as NFU Vice President,” Kippley said.

Scott Kolousek said that in addition to practical training on topics like how to hold efficient meetings, through the program he and his wife, Amber also learned more about the history and focus of Famers Union.

“What we learned about Farmers Union made me want to become more involved. It is what motivated me to run for a county office and the opportunity to serve on the state board.”

Rob Lee and his wife, Darcie, are De Smet farmers who also participated in FUEL. Rob said the experience taught them how to effectively speak up for what they believe in.

“It helped us be comfortable in our own skin. And the more we serve as leaders – the more meetings we run, the more comfortable we become running a meeting and participating in meetings,” said Lee, who was elected to serve as supervisor of the Kingsbury County Conservation Board. He also serves as the vice chair of the South Dakota National Crop Insurance Service Committee.

She said she applied what she learned in her work serving on the School Board for the Wessington Springs Schools.

Amber is among 16 members who are hoping to be elected to serve as a delegate to the National Farmers Union Convention.

“It’s exciting to see the energy among the younger generation of members,” Sombke said. “When I think about the work that I and the other board members do, it is not for ourselves, it is for our children and grandchildren. It is for the next generation of South Dakota farm and ranch families.” 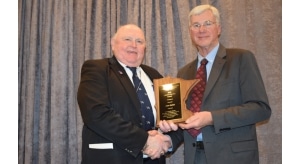 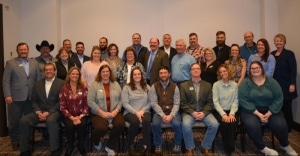 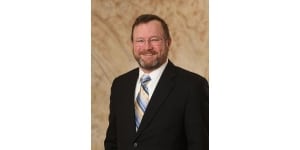 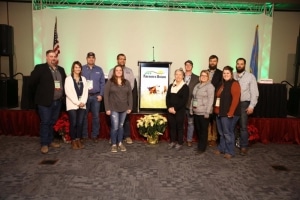