South Dakota Corn also honored three retiring directors of its boards for their service and executive director Lisa Richardson for 20 years of service.

Most Valuable Player in Agriculture – Lynn Boadwine is much more than a successful dairy farmer. The Corn Growers recognized him as a promoter of animal agriculture and a great ambassador for agriculture in general.

His farm is a shining example of how to do things the right way. He cares how consumers feel about agricultural products and practices, and has hosted open houses at his dairies. There, thousands of consumers have gotten an inside look at how their milk is produced and how Boadwine’s cows are treated.

Boadwine, his family, and his staff run a sustainable operation that depletes minimal natural resources and uses technology to be environmentally friendly.

Excellence in Agriculture – Soil health and sustainability are vital to the future of farming and the Corn Growers said no one sets a better example than Dan Forgey does of doing things the right way.

As farm manager of Cronin Farms, Forgey has been at the forefront of no-till farming practices. He’s also a pioneer in the cover crop and soil health movements.

Constantly looking for ways to improve soil and yields, Forgey conducts research, testing and field trials. He shares his expertise and experiences at conferences not only in South Dakota but also in other states and Canada.

Outstanding Legislative Leadership – State Rep. Lee Qualm was honored for being a strong advocate for agriculture, for his leadership skills, and for his passion to lead the state in the right direction.

The Corn Growers cited Qualm’s strong work ethic, commitment to public service and ability to help balance the budget without compromising the needs of citizens.

First elected to the Legislature in 2012, Qualm is serving a third term in the House and was elected majority leader. He has served on various committees, including the agriculture and natural resources committee.

Excellence in Public Outreach – For 32 years, Randy Ahrendt led one of the region’s top agricultural publications as general manager of the Tri-State Neighbor. The Corn Growers honored Ahrendt, who recently retired, for going the extra mile in spreading agriculture’s story to the public with fairness, accuracy and due diligence.

A self-professed “behind-the-scenes guy,” Ahrendt was the heart and soul of the Neighbor. He is well-respected and has a love for the region, the people and for agriculture.

Under Ahrendt’s leadership, the Tri-State Neighbor has been a “go-to” source of agricultural news and information for decades. 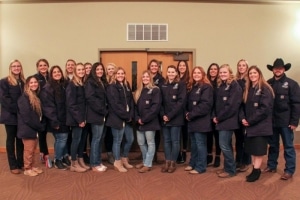 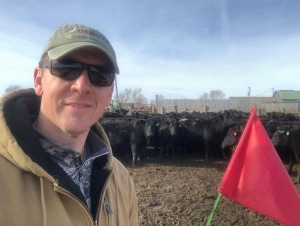 Hundreds of buffalo under quarantine