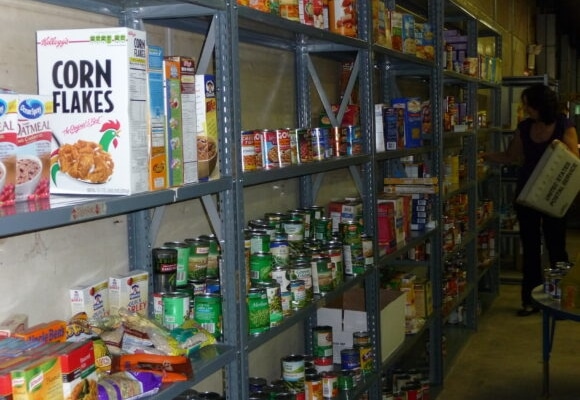 More students are aware of the Rutgers Student Food Pantry at Rutgers University-New Brunswick and report using the pantry than they did in 2016, according to the findings of a 2019 survey that were presented on campus Thursday. (photo by Rutgers University)

NEW BRUNSWICK, N.J. — More students are aware of the Rutgers Student Food Pantry at Rutgers University-New Brunswick and report using the pantry than they did in 2016, according to the findings of a 2019 survey that were presented on campus Thursday.

Cara Cuite, an assistant extension specialist in the Department of Human Ecology in the School of Environmental and Biological Sciences, shared the findings of the survey, which was done in 2019 and builds on an earlier study from 2016 and discussed the university’s efforts to support food insecure students.

“Our study represents the first systematic investigation of housing insecurity and homelessness at RU-NB and the second systematic investigation into food insecurity,” she said. “Our research will permit limited within-school comparisons on food insecurity over time as well as a comparison of Rutgers-New Brunswick to other universities around the country. Finally, and most importantly, the findings can guide institutional policies and programming to address basic needs insecurities.”

Fewer Rutgers students reported being food insecure in 2019 than in 2016, but the data do not necessarily indicate that the rate has decreased significantly, Cuite said. “This is because we used both different recruiting strategies and slightly different measurement tools as a result of changes in best practices in studying this issue,” she said. “However, there is evidence that food insecurity is being better addressed at Rutgers-New Brunswick from an institutional perspective.”

Cuite said this matches data from the Rutgers Student Food Pantry, which show the rate of use has increased significantly during the same time period. This is likely because of increased outreach over the past few years, including introducing the pantry during New Student Orientation, she said.

“These solutions include a range of programs, policies and partnerships to better meet students’ basic needs,” said Rutgers-New Brunswick chancellor Christopher Molloy who created the Student Essential Needs Task Force to better understand the issues student face and develop creative solutions to address the problems. “We are committed to addressing this important issue and to helping our students meet their full potential.”

Since then, Rutgers-New Brunswick has created several programs based on best practices at other colleges and universities, such as meal swipe donations and assistance with SNAP enrollment. It also has piloted a Student Community Café that serves free lunch to students, as well as a food insecurity “screen and intervene” program conducted through Rutgers Student Health.

While the coronavirus pandemic has left most students learning remotely, the Rutgers Student Food Pantry has continued to serve students who have remained on campus as well as off-campus students that live close enough to use it. A van has delivered supplies to students who live in Piscataway across the river.

Salvador Mena, vice chancellor for Student Affairs at Rutgers-New Brunswick and Robert Goodman, executive dean emeritus and University Distinguished Professor, said they have spent the last year working to better understand these challenges, which also include alleviating housing insecurity and homelessness among students.

“Our Task Force comprises administrators, staff and faculty from across the university who work with students in a range of capacities and have a deep understanding of the challenges our students face and how issues of basic needs present in the broader society. Our charge is to examine the issues and barriers that impede students from maximizing their academic and co-curricular pursuits at Rutgers University. These issues include but are not limited to having access to food, financial resources, housing and mental health services,” Mena said.

Based on recommendations from the Student Essential Needs Task Force future surveys should explore additional needs, such as transportation, mental health and access to technology, Mena said.

Rutgers also has the opportunity to study basic needs insecurity in other regularly administered surveys of its students, such as the Student Experience in the Research University and the National College Health Assessment surveys, according to Cuite. This would permit an examination of connections between basic needs on other outcomes and topics under study, such as identity, mental health and violence, she said.

NEW BRUNSWICK, N.J. — On Feb. 10 and 11, policymakers, school administrators, faculty, staff, students and community members attended the online conference, “Envisioning Hunger-Free College in New Jersey.” The conference, which focused on addressing student food insecurity at colleges and universities in New Jersey, was funded by the Office of the Secretary of Higher Education […] 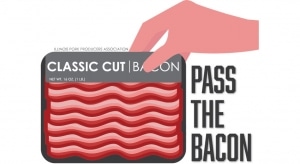 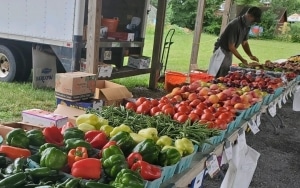 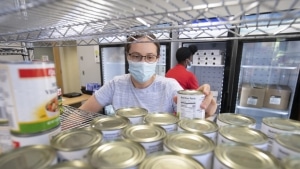 NEW BRUNSWICK, N.J. — Rutgers has received more than $3 million in federal funding to help low-income students and those from historically underrepresented communities recover from the COVID-19 pandemic. The university is among 35 state higher education institutions receiving $28.5 million in “Opportunity Meets Innovation Challenge (OMIC)” grants to develop system-wide reforms that will stop […] 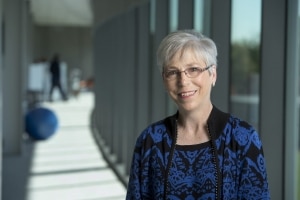