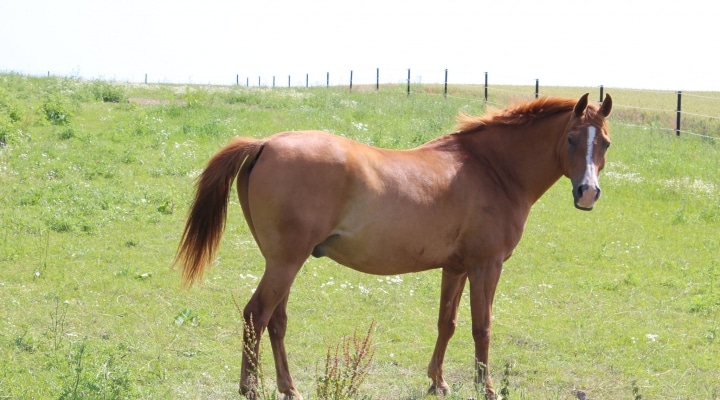 The Equine Science Center at the Rutgers New Jersey Agricultural Experiment Station has announced its fundraising initiative kick-off for a large-scale research project focusing on Equine Assisted Activities & Therapies (EAAT) for veterans with Post-Traumatic Stress Disorder (PTSD) which coincides with the June’s “Month of the Horse” in New Jersey. (photo by Susanne Nilsson, creative commons/flickr.com)

NEW BRUNSWICK, N.J. — The Equine Science Center at the Rutgers New Jersey Agricultural Experiment Station has announced its fundraising initiative kick-off for a large-scale research project focusing on Equine Assisted Activities & Therapies (EAAT) for veterans with Post-Traumatic Stress Disorder (PTSD) which coincides with the June’s “Month of the Horse” in New Jersey.

The research project, conducted by the Equine Science Center at Rutgers University, will focus on the horse-human bond, and how EAAT affects both humans and horses during therapy sessions. “It is important that we are not only able to fund the research that will be conducted, but also cover all costs associated with the veterans who will be volunteering their time for this important cause,” said Center Director Karyn Malinowski. “This will be the first time research conducted with EAAT will measure the same physiological markers of stress and well-being simultaneously in both the horses and veterans.” 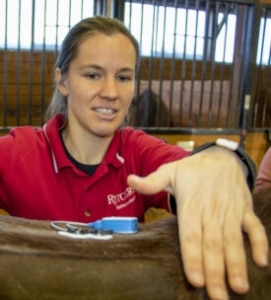 The proposed project, an 8-week research trial by Ph.D. candidate Ellen Rankins, will examine equine and human health in the treatment of Post-Traumatic Stress Disorder (PTSD) specifically within the New Jersey veteran population. “The study will look at how the interactions between the horses and humans, sometimes referred to as a “horse/human bond” affect one another,” said Rankins. “Not only will data be collected during the trial period, we will also follow up with the participants to observe how long these changes are sustained over time.” Rankins looks to enlist 120 participants for the project. From this group, 30 combat veterans diagnosed with PTSD will be selected to go through the therapy sessions.

There has been an outpouring of support for the project, with early supporters including New Jersey Assemblyman Ronald S. Dancer from New Jersey’s 12th legislative district. Assemblyman Dancer serves on the Military and Veterans’ Affairs Committee and is himself a veteran having served in the United State Army. “Growing up I saw first-hand the bond between horses and people, myself included, and the good that can come from that connection” said Assemblyman Dancer. “But when we then go to get these types of equine therapies covered by insurance, the first question asked is ‘where is the data, show me the science to prove that this type of therapy works.’ My hope is that the research conducted at the Equine Science Center will be able to scientifically demonstrate the effectiveness of Equine Assisted Activities and Therapy.”

While non-essential research at Rutgers is currently on hold, the research funding initiative has launched in June. Gifts to support this research can be given through the Rutgers Foundation.

The project is a partnership with statewide stakeholders including: the New Jersey Department of Military and Veterans Affairs; Special Strides located in Monroe, New Jersey (where the therapy sessions will be conducted); the Graduate School of Applied and Professional Psychology at Rutgers University; the Office of Veterans and Military Programs and Services at Rutgers; and the Rutgers Business School – Military and Veteran Engagement Programs.