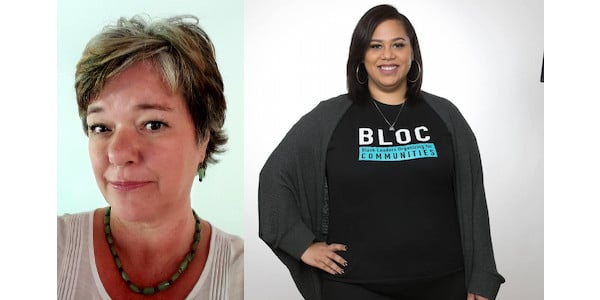 CHIPPEWA FALLS, Wis. — Whether we live in the city or the country, we depend on democracy to make our voices heard. We write to you as leaders of a mostly-white farming organization that operates across Wisconsin’s rural counties, and a community organization by and for Black Milwaukeeans. Both of our respective organizations honor democracy as a sacred value.

At Wisconsin Farmers Union (WFU), we use democratic processes to elect leadership and debate policy, and we travel to Madison and Washington D.C. to lobby for policies farmers need. At Black Leaders Organizing for Communities (BLOC), we talk to our neighbors about how our communities can thrive, and why getting out the vote in local and national elections is so important. Democracy is a vital tool for everyday people to protect themselves from the greedy and powerful. It’s based on the simple idea that every one of our voices deserves to be heard.

But in our state and federal governments, some politicians are doing their best to box us out of democracy. They use gerrymandering, voter ID laws, intimidation, and misinformation, calling into question the validity of our reliable election system, propagating myths of voter fraud, and other disingenuous lies designed to cheat their way to power.

They don’t want our vote to count because they know they haven’t earned our votes, because they’re not looking out for us. They’re looking out for their corporate donors, who are growing richer by the day while Black Milwaukeeans are no better off economically than they were 40 years ago, still suffering some of the highest poverty rates in the country; meanwhile, we’ve lost half of our dairy farmers in less than two decades. Because these politicians know that our government does not serve the vast majority of Wisconsinites, they use hate, division, resentment, and anger as a wedge to divide us.

But we aren’t taking the bait. This election season, we’re joining together—Black and white from the North Side to the Northwoods — to call for a fair election that counts everyone, no exceptions. We expect all politicians to respect our voices and make sure all of us are heard, and that all of our votes get counted.

This election season, we’ll turn out in record numbers to protect the values of democracy that we hold sacred. Together, rural and urban, we will swear in a government elected by the people, for the people—all people.

Learn more about the effort to restore democracy and elevate Wisconsin voices at www.wisconsinfarmersunion.com/ruralvoices and www.blocbybloc.org.