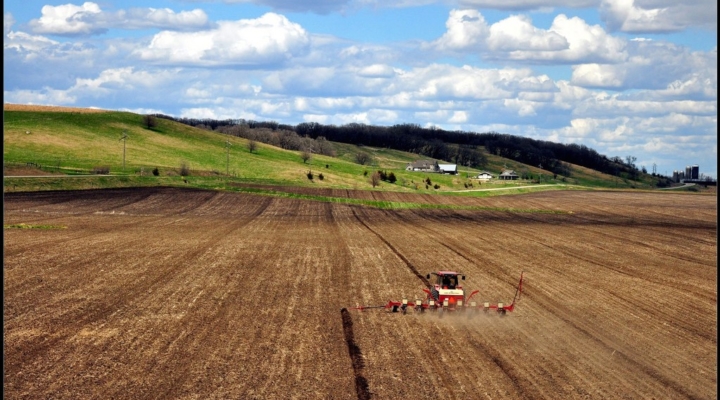 ENFIELD, Conn. — Across the United States a trend has been emerging: For the first time, the overall rural population has been declining as birthrates have fallen and more people move to metro areas (cities of 50,000 people or more and commuting zones to those areas). Population growth in rural counties has been significantly lower than in metro counties since the mid 1990s, and the gap has widened considerably in recent years.¹ 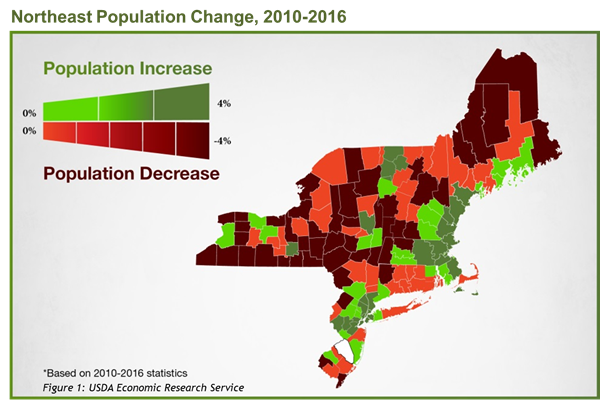 Population growth is a combination of natural change (births minus deaths), as well as the net change of in-migration minus out-migration. In recent years, both have trended downward in rural America.

A county-by-county analysis of the data from 2010 through 2016 shows that trends in the rural Northeast largely mirror national trends. In general, rural counties across the region have lost population, while most states (with the exception of Connecticut) have grown in overall population. This shows a trend of net migration from rural to urban and suburban communities, as well as the tendency of those coming from outside the Northeast to settle in metro counties rather than rural areas.

Furthermore, nonmetro counties where population increased during that period tended to be in counties with “resort” amenities, such as coastal areas. Predominantly rural, agricultural counties generally have seen greater declines. 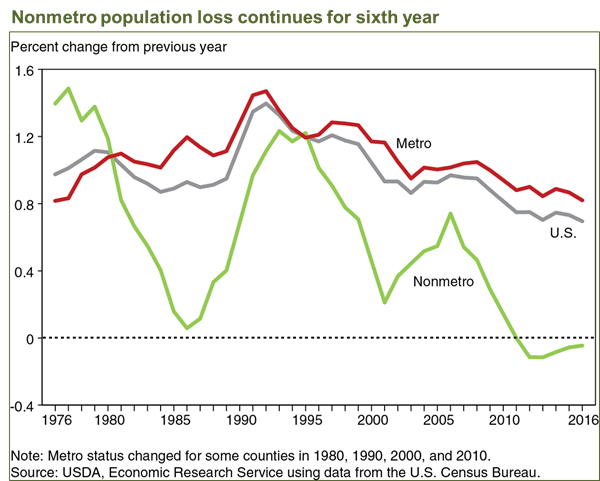 This population shift has numerous implications for Northeast agriculture. First, it exacerbates the trend of the general public’s disconnect with agriculture. As rural populations decline and metro areas grow, the general public has a weaker connection to farming, forestry and rural issues. While there are certainly movements towards local food and urban agriculture, as the separation grows, sometimes there is a disconnect between modern agricultural practices and the public’s perception of them. Many in the farm and forest community are already seeking to engage their neighbors and the public about how they operate, but the population shift underscores that these types of efforts will be increasingly important.

The situation has become serious enough that the Wall Street Journal has run a series of articles about Northern New England companies’ challenges in finding workers. Unemployment rates in Maine, New Hampshire and Vermont are among the lowest in the nation, and well below long-term averages. Part of the reason for this is an aging population. Maine, for example, has the oldest population in the nation, with a median age of 45.2 With all three states having median ages above 42 years, people are retiring at an accelerating rate.

Maine’s state economist, Amanda Rector, was quoted as saying that the worker shortage “means that businesses aren’t able to find the workers they need to expand, and if businesses can’t find workers, they go elsewhere.”3 Going elsewhere may be an option for some businesses, but is often not an option for agriculture or forestry producers. These natural resource-based businesses will have to look harder for employees, which may involve recruiting talent back from metro areas.