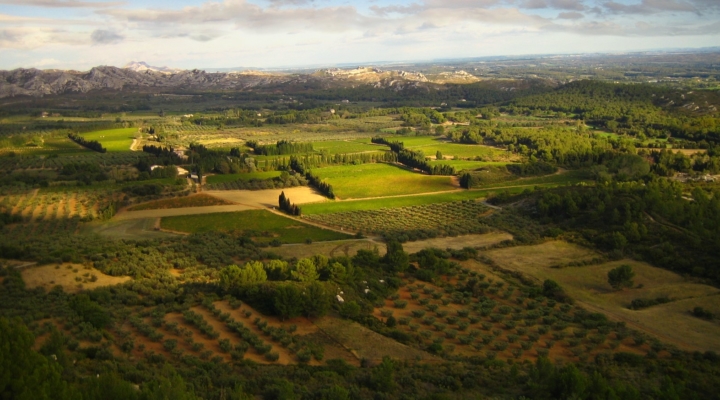 There is ample evidence that changes to rural economies can have major impacts. (I Make America, Flickr/Creative Commons)

ROME — Millions of young people in developing countries who are poised to enter the labour force in the coming decades need not flee rural areas to escape poverty, argues a new FAO report published today.

Rural areas actually have vast potential for economic growth pegged to food production and related sectors, The State of Food and Agriculture 2017 says. And with the majority of the world’s poor and hungry living in these areas, achieving the 2030 development agenda will hinge on unlocking that oft-neglected potential, it adds.

Doing so will require overcoming a thorny combination of low productivity in subsistence agriculture, limited scope for industrialization in many places, and rapid population growth and urbanization — all of which pose challenges to developing nations’ capacity to feed and employ their citizens.

However that progress has been patchy, and demographic growth is raising the stakes.

Between 2015 and 2030, the ranks of people aged 15-24 years are expected to rise by about 100 million, to 1.3 billion. Almost all that increase will take place in sub-Saharan Africa — the lion’s share of it in rural zones.

But in many developing countries — most notably in South Asia and sub-Saharan Africa — growth in the industrial and service sectors has lagged, and they will not be able to absorb the massive numbers of new job seekers set to enter the workforce.

Nor will agriculture — in its current form.

So rural people who relocate to cities will likely run a greater risk of joining the ranks of the urban poor, instead of finding a pathway out of poverty. Others will need to look for employment elsewhere, leading to seasonal — or permanent — migration.

This is why targeting policy support and investment to rural areas to build vibrant food systems and supporting agro-industries that are well connected to urban zones —especially small and medium size cities — will create employment and allow more people to stay, and thrive, in the countryside  represents a strategic intervention, today’s report says.

Transformed rural economies won’t necessarily be a panacea that solves all the pressures that drive people to relocate, but they will generate much-needed jobs and contribute to making out-migration more of a choice, rather than a necessity.

“Too often ignored by policy-makers and planners, territorial networks of small cities and towns are important reference points for rural people — the places where they buy their seed, send their children to school and access medical care and other services,” FAO Director-General José Graziano da Silva notes in his forward to the report.

“Policy-makers are urged to recognize the catalytic role of small cities and towns in mediating the rural-urban nexus and providing smallholder farmers with greater opportunities to market their produce and share in the benefits of economic growth,” he adds.

The State of Food and Agriculture makes the case that needed transformations in rural economies can be sparked by leveraging growing demand for food in urban areas to diversify food systems and generate new economic opportunities in off-farm, agriculture -related activities.

This includes enterprises that process or refine, package or transport, and store, market or sell food, as well as businesses that supply production inputs such as seeds, tools and equipment, and fertilizers or provide irrigation, tilling or other services

But while urbanization provides a “golden opportunity” for agriculture, it also presents challenges for millions of small-scale family farmers.

Markets that are more profitable can lead to the concentration of food production in large commercial farms, to value chains dominated by large processors and retailers, and to the exclusion of smallholders.

So supportive public policies and investments will be key to harnessing urban demand as an engine for transformative and equitable growth, and measures designed to ensure market participation by small-scale, family-farmers must be hard-wired into policies.

The study lays out three lines for action:

The first involves putting in place a range of policies designed to ensure that small-scale producers are able to participate fully in meeting urban food demands. Measures to strengthen land tenure rights, ensure equity in supply contracts, or improve access to credit are but a few options.

The second is to build up the necessary infrastructure to connect rural areas and urban markets — in many developing countries the lack of rural roads, electrical power grids, storage facilities, and refrigerated transportation systems is a major bottleneck for farmers seeking to take advantage of urban demand for fresh fruit, vegetables, meat and dairy.

The third involves including not just mega-cities into well-connected rural-urban economies but knitting in smaller, more spread-out urban areas as well.

Indeed, the report stresses that smaller urban centres represent a much overlooked market for food. Half of all urban dwellers in developing countries live in cities and towns of fewer than 500,000 people.

Dairy farmers have nose for science

If someone destroys your crops and trees, consider this law
October 26, 2021