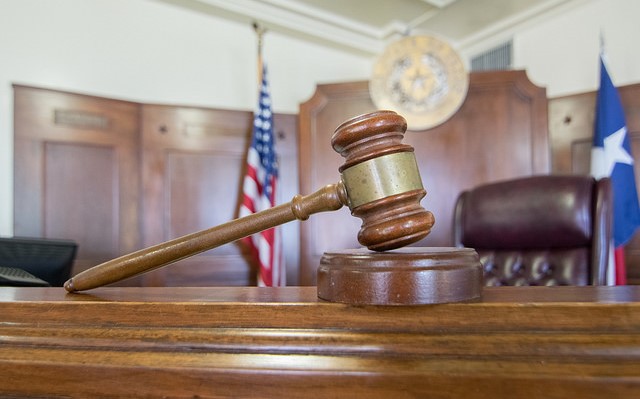 WASHINGTON (THE CONVERSATION) — On Aug. 10, 2018, a San Francisco jury handed down a US$289 million award to Dewayne Johnson, a groundskeeper who is dying of non-Hodgkin lymphoma. Johnson sued Monsanto, the maker of the weed killer Roundup, claiming that glyphosate – the active ingredient in Roundup – caused his cancer. The jury awarded Johnson $39 million in compensatory damages and $250 million dollars in punitive damages.

This new twist in the case highlights key questions in tort litigation: What is the meaning of “proof of causation,” and what constitutes fair compensation once “cause” has been “proven”? My field, cancer epidemiology, has developed ways to think about causation, but we still struggle with defining it for individual patients. Whenever epidemiology is used in court, an added layer of complexity comes from issues of human suffering and fairness to the individual plaintiff.

A cascade of syllogisms

There are several crucial steps in product liability litigation, each of which depends on a syllogism. If a person is injured, then there must be a cause. If the cause was a company’s product, then that company should pay compensation. If the company knew, or had a good reason to suspect, that the product was dangerous, then the company should be punished and required to pay punitive monetary damages.

Glyphosate was classified as a probable human carcinogen in 2015 by the International Agency for Research on Cancer (IARC), which is part of the World Health Organization. That classification was one cornerstone of Johnson’s lawsuit. The other cornerstone was a series of internal Monsanto documents which seemingly implied that the company knew or suspected that glyphosate was dangerous.

The jury was persuaded that Johnson’s cancer was caused by Roundup, and that Monsanto had known it was dangerous for a long time. Each of these decisions, of course, was a matter of opinion. That’s how the legal system works to “prove” cause and effect. Some jurors felt so strongly about their verdict that they wrote to Judge Bolanos urging her not to overturn it.

Probability of causation in cancer cases

The legal claims against Roundup are torts – cases that one private party brings against another seeking compensation for some kind of harm. Under current tort law, plaintiffs must prove an action by the defendant caused them a specific harm.

For example, if a new automobile is sold with faulty brakes and someone is injured as a result, specific causation is easy to determine, and the car’s manufacturer is liable for compensatory damages. If the manufacturer knew the brakes were faulty, then punitive damages would also be awarded.

But it is much more difficult to determine a specific cause for a cancer diagnosis. Heavy smoking greatly increases risk of lung cancer, but it is impossible to prove that an individual smoker’s lung cancer was due to smoking, since even lifelong nonsmokers sometimes get lung cancer. There is no reliable laboratory test to identify the specific cause of an individual cancer.

In such cases, the question becomes the “risk of harm,” as opposed to “specific causation.”

In the scientific world, the idea of “risk of harm” is analogous to the concept of “probability of causation,” or PC, which the National Cancer Institute has developed over the last several decades to assess cancer risks associated with exposure to ionizing radiation. These risk estimates are based in part on the long-term risk of cancer in survivors of the atomic bombings in Hiroshima and Nagasaki.

This approach could be useful in product liability lawsuits when the harm is development of cancer or some other terrible chronic disease for which “specific causation” is unknowable. It would involve two important steps. First, jurors would need to understand the risk analysis itself: What data are used, what assumptions are made, and what statistical modeling was applied?

If the analysis is deemed to be credible, the next thorny issue is determining what threshold should trigger damage awards. If juries believe there was a 10 percent chance that a product gave a plaintiff cancer, should the manufacturer pay? This seems too low, but requiring 99 percent certainty seems unattainable. Perhaps a reasonable threshold would be a 51 percent chance – in other words, more likely than not.

In praise of litigation

Tort litigation today does not require juries to meet such precise standards. Nonetheless, despite its inefficiencies and occasional injustices, I believe it is an important part of American society, and has often led to changes in policy and regulations that have benefited the public.

One well-known example is the case of groundwater contamination and leukemia in the town of Woburn, Massachusetts, in the mid-1980s. Residents sued two large corporations for groundwater contamination from their operations, which they asserted had caused several cases of leukemia. The lawsuit resulted in a book and movie, both titled “A Civil Action.” It also resulted in an Environmental Protection Agency investigation and then prosecution, including what was at the time the largest settlement paid in the history of the Superfund program in New England.

As the Woburn case demonstrated, tort litigation can be a costly and time-consuming process. Many lawsuits are frivolous, which compounds the cost. The system can certainly be improved, and efforts to do so are ongoing.

But in the end, tort litigation is one of the few avenues available for compensation from large corporations that do the wrong thing and hurt people. And sometimes it can lead to real changes in rules and regulations that will protect the public in general.

It’s too soon to tell whether lawsuits against Monsanto will have limited impact or radically change how Roundup is marketed and used. But the twists and turns in Dewayne Johnson’s case have raised important questions about risk, causation and liability. And this latest ruling suggests that they will not be resolved anytime soon.

This article is republished from The Conversation under a Creative Commons license. Read the original article here: http://theconversation.com/roundup-weed-killer-lawsuit-hits-a-snag-but-monsanto-is-not-off-the-hook-105559.