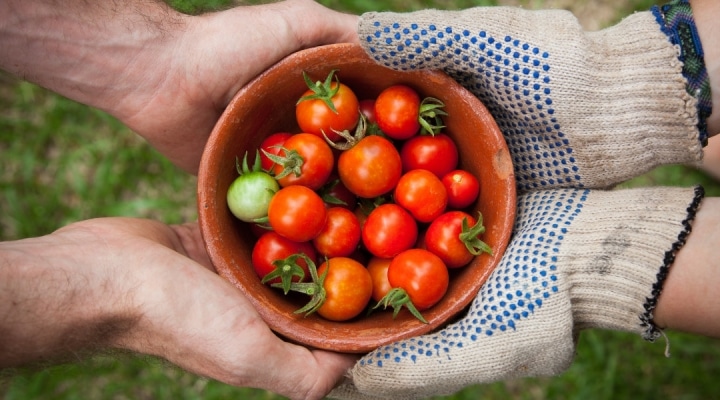 The roundtables are set to map efforts underway to develop the State’s food system, build bridges among stakeholders, and identify priorities for framing a long-term vision and plan for New York State, called VISION 2050. (Photo by Elaine Casap on Unsplash)

ONEONTA, N.Y. — On July 22, 2021, the Center for Agricultural Development and Entrepreneurship (CADE), the Dyson School of Cornell University, the Cornell Small Farms Program, and faculty from Columbia University announced the launch of a series of roundtable discussions for food system stakeholders to run from August to September 2021 on New York State’s agricultural future. The roundtables are set to map efforts underway to develop the State’s food system, build bridges among stakeholders, and identify priorities for framing a long-term vision and plan for New York State, called VISION 2050.

Heidi Mouillesseaux-Kunzman, from Cornell University’s Department of Global Development, says “New York currently has no State plan for agricultural and food systems development. This is an important first step in bringing stakeholders together to collaboratively conceptualize the future we want to see–a plan that supports livelihoods, food security, and care for our environment. Policy makers (and all New Yorkers) will benefit from a comprehensive, strategic plan to guide their work with clear benchmarks on how to get there. Having a plan is critical to getting where one wants to go quickly and effectively. Without a plan, New Yorkers might eventually get there, but it will likely take us much longer and, from a development perspective, the sooner we get there, the better!”

The roundtables are one part of a larger VISION 2050 initiative. According to Phoebe Schreiner, CADE Executive Director, VISION 2050 will also explore New York State’s capacity and needs to produce food in the decades ahead, based on climate and population projections and dietary trends. The initiative will provide selected case studies that examine the viability of agricultural sectors that may be particularly impacted by trends surrounding markets, health, sustainability and food justice. For example, what are the key challenges in the beef sector in New York, or the potential for dried beans, or innovations in the apple industry. “Farmer voices are the cornerstone of the food system so we will be including their perspectives both in the roundtables, and through a follow-up survey that will be sent and promoted widely in the fall,” says Schreiner.

Curtis Ogden of the Interaction Institute for Social Change, one of the lead facilitators of Food Solutions New England, notes “we applaud New York for undertaking this important process. New York farms approximately a quarter of its land. That’s significant land mass and production potential. We can achieve so much more as a larger region if we synergize our efforts to advance food policy that will produce more nutritious food for local communities, and help communities to feed themselves, as well as invigorate equitable regional economic development and resilience.”

Those involved in spearheading New York’s VISION 2050 recognize the immense work already underway to advance agricultural and food system agendas. “There are exciting things happening across the State on issues ranging from Agribusiness innovation, farmland protection and access, soil health and the role of farmers in supporting carbon sequestration, etc. By bringing leaders and the constituencies they represent together, we can create the building blocks for a common, long-term Vision for New York that stakeholders can rally around–one that takes into account the perspective of farmers, supply chain businesses, investors, thought leaders in food justice and climate change, researchers, policymakers, ag agency representatives, among others,” says Anu Rangarajan, Director of the Cornell Small Farms Program.

Jeffrey Potent, adjunct professor of international and public affairs at the Columbia University, School of International and Public Affairs, sees VISION 2050 as “a unique opportunity to strengthen multi-university collaboration on NYS agricultural issues and opportunities.” Ultimately, the VISION 2050 document, expected to be published in spring 2022, will capture what stakeholders want to see for the future, and provide recommendations to policymakers and other stakeholders on how to get there. For more information, contact <vision2050@cadefarms.org> or visit https://www.cadefarms.org/vision-2050.

The oddities of too much rain