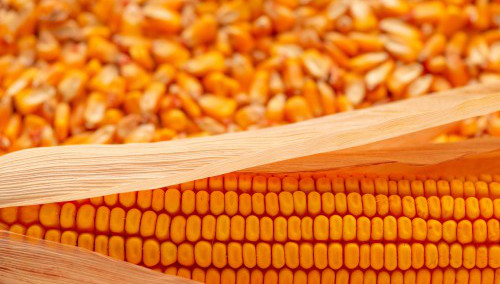 When the same genetically engineered crops are grown in the same field repeatedly — crops developed to produce toxins that kill insects, for example, or to survive weed-killing sprays — the target insects or weeds begin to adapt. They can become resistant to the toxins or weed killer. (Getty Images)

COLUMBUS, Ohio — It may be that a certain type of genetically modified corn or soybean seed works well, bringing high yields and sizeable profits.

But planted in the same field, year after year, the same seed might not be the right choice, said Curtis Young, an entomologist with The Ohio State University College of Food, Agricultural, and Environmental Sciences (CFAES).

When the same genetically engineered crops are grown in the same field repeatedly — crops developed to produce toxins that kill insects, for example, or to survive weed-killing sprays — the target insects or weeds begin to adapt. They can become resistant to the toxins or weed killer.

The problem is that soybean seeds that can withstand glyphosate were followed by the creation of corn seeds that can also tolerate the chemical. So in a field where corn and soybeans are rotated, glyphosate could be used every year, multiple times, resulting in the rapid development of weeds that can tolerate glyphosate.

“The number of weeds that are now glyphosate-resistant is incredible,” Young said.

“We have to remember that genetically modified seeds are tools we can choose to use and not abuse,” Young said. “We can’t allow ourselves to get pulled into doing one thing over and over again.”

Young will be one of the numerous speakers at the upcoming Conservation Tillage and Technology Conerence set for March 5–6 on Ohio Northern University’s campus in Ada, Ohio. The event is an annual program during which speakers cover a range of topics including nutrient management, digital technologies for farmers, cover crops, soil health, and best management practices to improve water quality. The conference is sponsored by CFAES and includes speakers from the college as well as the agriculture industry.

As farmers decide on seed purchases to plant this spring, Young recommends that they consider alternatives to using the same genetically modified seed on a given field.

For example, a grower who has been using soybeans that can tolerate glyphosate might opt to plant seeds that don’t offer that ability. When weeds surface, the grower might try a different weed killer to eliminate the weeds from the field, Young said.

Is it risky? It might be, Young said. But paying every year for higher cost genetically engineered seeds when they might not be needed comes at a cost, he said.

“That’s where you really have to put the pencil to the paper and figure out whether your main goal is maximum yield or maximum profit.”