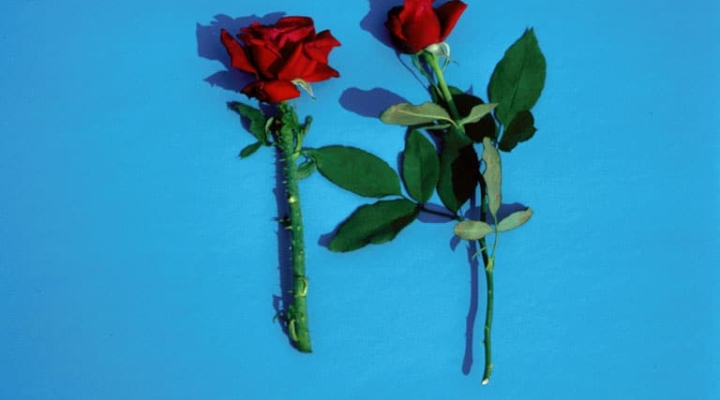 COLUMBIA, Mo. – Rose rosette is a devastating disease of roses. There is no cure. Infected rose bushes should be removed from the landscape and destroyed, said David Trinklein, horticulture specialist for University of Missouri Extension.

The disease first appeared on wild multiflora roses, which are considered a noxious weed in many states, including Missouri. At first, there was delight that a natural biological control for this troublesome rose was found, Trinklein said. Then it also started infecting garden roses.

The culprit is a tiny bug, he said. An eriophyoid mite spreads the pathogen. For gardeners familiar with the two-spotted spider mite, the eriophyoid mite is only about one-fourth the size of a spider mite and nearly impossible to see without a hand lens. The mites can’t fly, but wind can carry them. If the mite has the virus in its gut, one bite of the rose bush on which it lands can infect the plant.

You can’t prune the disease away. “Viruses are systemic to the plant,” Trinklein said. “It’s in all parts of the plant all the way down to root system. There is no cure, and it’s a slow death for the rose bush.”

The symptoms are very distinct. First, malformed leaves will unfurl. As the disease progresses, the plant will produce rosy-purple stems with excessive thorns and feathery leaves. The common term is “witches’ brooms.” The plant will gradually stop producing flowers and eventually die.

To keep the infection from spreading, gardeners need to tear out the plant, including the roots, carefully place all the plant material into a bag and take it somewhere where it can be destroyed.

Of course, before destroying a rose bush you should verify that it is actually infected with rose rosette, Trinklein said. New growth of many garden roses has a reddish color but lacks the other abnormalities caused by rose rosette. Trinklein suggests taking a picture of the diseased plant and sending it to your county MU Extension center. Alternatively, you can send a sample of the plant to the MU Plant Diagnostic Clinic (mizzou.us/PlantDiagnosticClinic).

Because the disease is so devastating, plant scientists and horticulturists are searching for ways to protect roses from infection, Trinklein said. So far, efforts to find a control for the mites have not succeeded. Typical miticides that work well on the two-spotted spider mite have little effect on the eriophyoid mite. Some authorities have suggested using pesticides that act as suffocants, such as horticulture oils or insecticidal soap. But the chances of controlling the mite before it starts feeding are very remote, he said.

Infection can also take place without the mites. “It can be spread during the grafting process, which is a common production practice for most garden roses,” Trinklein said. “This makes it very important that you purchase roses from a reliable source.”

Time heals all, and for rose rosette it will take time to stem the tide.

“When a majority of wild roses are eventually killed by the disease, then that host will no longer act as a reservoir for the pathogen,” Trinklein said. “Once we get rid of that natural storehouse of inoculum, it will be more difficult for the disease to spread.”

In the meantime, Trinklein says don’t give up on roses.