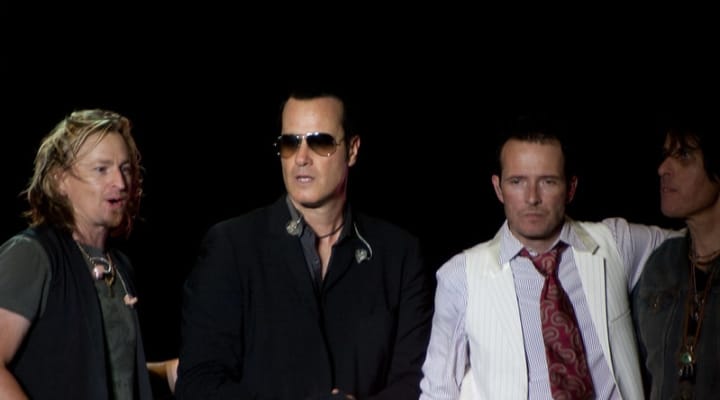 STP was one of the most commercially successful rock bands of the 1990s, selling 40 million records worldwide, including 17.5 million units in the United States. (Scott Penner via Flickr/Creative Commons)

STP was one of the most commercially successful rock bands of the 1990s, selling 40 million records worldwide, including 17.5 million units in the United States.

The band has had 16 Top 10 singles on the Billboard rock charts, eight of which peaked at No. 1, and a No. 1 album in 1994. That same year, the band won a Grammy for “Best Hard Rock Performance” for the song “Plush” from the album Core. They were also ranked No. 40 on VH1’s The 100 Greatest Artists of Hard Rock.

“We are proud to be able to deliver this rock show to our fairgoers!  Rock enthusiasts have been asking for a newer rock show for years, and when Stone Temple Pilots became an option, we had to jump on it!” said Peggy Besch, SD State Fairgrounds manager.

Friends of the Fair is a program through the State Fair Foundation offering a variety of benefits including early bird access to State Fair VIP table sales, presale access to grandstand reserved seating and standing room tickets for the State Fair, complimentary daily gate admission passes, and recognition on the fair website. The backrest program is an advertising program allowing businesses or individuals to put signage on a backrest in the grandstand.  Backrest signage holders can purchase South Dakota State Fair grandstand tickets for their corresponding signage area prior to general and Friends of the Fair ticket sales. Presale information can be found on www.sdstatefair.com.