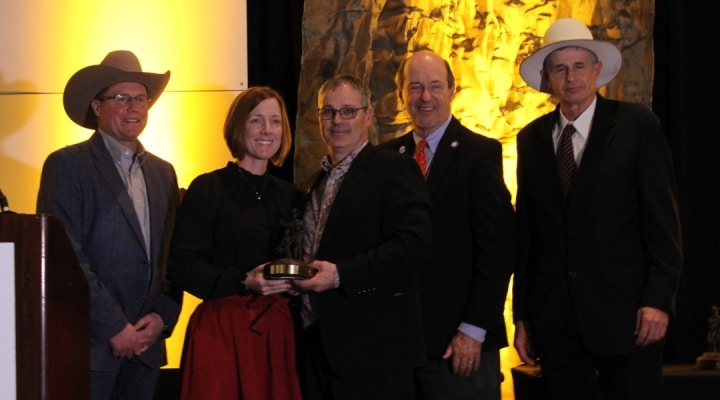 Robbins Land & Cattle, LLC, which runs along the North Raccoon River, is committed to improving the land and natural resources. For nearly two decades, Justin Robbins has dedicated a lot of time and energy to enhancing his farming operation. From rebuilding and implementing farm ponds on pasture ground to establishing cover crops on a large portion of his row crop acres, Justin strives to “leave the land better today” than how he found it yesterday.

In 2020, Robbins Land & Cattle, LLC started to sell their naturally raised, homegrown beef through an online store. The couple saw the value-added opportunity as a way to share their story of environmental stewardship with their community and local customers. One year after opening their online store, Robbins Land & Cattle, LLC saw tremendous growth, doubling its sales despite a global health pandemic.

Robbins Land & Cattle will now compete for national honors. The national ESAP recipient will be announced in late July.