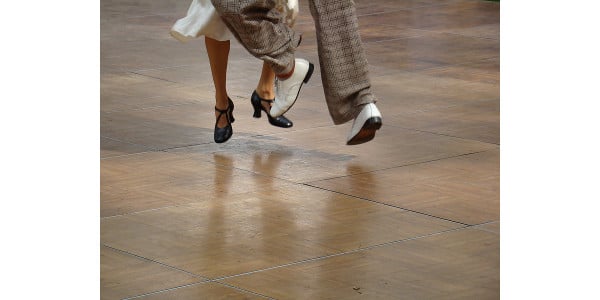 The title roaring came from all of the excitement of the time. The economy was growing. New products like automobiles, moving pictures and radio brought “modernity” to the masses. (istolethetv via Flickr)

MANHATTAN, Kan. — Almost 15 years ago, I gave what would be one of the most important speeches of my career at the National FFA Convention. I agonized over creating the right message in hopes of making a lasting impact.

Years later, I watched another FFA member give the exact same speech. It had different stories, but the main points and overall message were the same. I was shocked because there was no way that this FFA member heard my speech. Their own life experiences must have led them to the same thoughts I had more than a decade prior.

Maybe it is a function of human nature or the product of a constant struggle to achieve the things we yearn for like success, love or the American Dream; ideas and lessons are rarely completely original or unique. Humans throughout history seem to live the same stories and plots repeatedly.

A few weeks ago, in my preoccupation with the too-short span between Thanksgiving and Christmas, I received invitations to multiple Roaring Twenties themed New Year’s Eve parties. What an original idea (at least to me), to celebrate a time that history books hailed as a time of whimsy, spectacle and entertainment.

Since then, this idea that history repeats itself and has been on my mind. What will the 2020s have in common with the 1920s, and, more importantly, what can be learned from a decade that earned the moniker “roaring”?

This curiosity led me to a brief internet refresher because the attributes filling my mind were all the “Great Gatsby.” My search revealed interesting facts and similarities to modern life in this gap between World War I and the Great Depression.

Like today, there was a presidential election. Warren Harding’s successful campaign used the slogan “Return to Normalcy,” painting a nostalgic picture of life before WW I, which ended a year earlier. Harding called for politics that were, “not the dramatic, but the dispassionate” and for people to remember that “human ills are not curable by legislation … excess of government offer(s) no substitute for quality of citizenship.” President Harding was popular until scandals came to light after his death in 1923.

The title roaring came from all of the excitement of the time. The economy was growing. New products like automobiles, moving pictures and radio brought “modernity” to the masses. Social change was prevalent with women winning the right to vote in many states and national debates taking place about prohibition, immigration, political corruption and industrialization. It was the age of Gatsby with jazz, art deco, flappers and speakeasys. The decade has a larger than life zeitgeist.

The Roaring Twenties had a definitive and halting end. All that prosperity and liveliness faded with the crash of the stock marketing in October of 1929 and a new era of hardship and scarcity in the Great Depression.

Parallels exist between the two times. Politicians are human, and humans are fallible. Some people still yearn for normalcy, while others desire social and political change. Technology and the economy have points of great growth, but that will not last forever.

My takeaway is simple. Spirit not circumstance can define people. Times will be both better and worse in my future. Be thankful for your current blessings and live life gregariously and fully at all times.

2020 Conference for Kansas Women in Agriculture