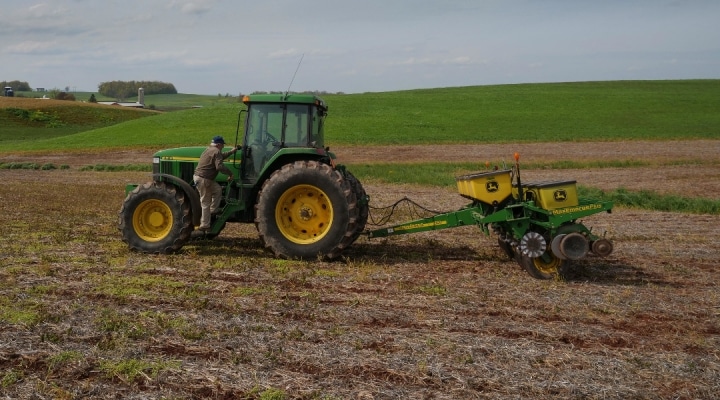 “Farmers expect their input costs to rise much more rapidly in the year ahead than they have over the last decade, contributing to their concerns about their farm finances and financial future,” said James Mintert, the barometer’s principal investigator and director of Purdue University’s Center for Commercial Agriculture. (U.S. Department of Agriculture, Public Domain)

“Farmers expect their input costs to rise much more rapidly in the year ahead than they have over the last decade, contributing to their concerns about their farm finances and financial future,” said James Mintert, the barometer’s principal investigator and director of Purdue University’s Center for Commercial Agriculture.

Weakening perceptions of farm financial performance spilled over into the Farm Capital Investment Index, which declined 11 points to a reading of 54, the lowest investment index reading since May 2020. The decline in the investment index appears to be driven more by plans to hold back on constructing new farm buildings and grain bins than purchasing farm machinery. In June, 61% of producers said they reduced plans for new construction, while 9% said they increased plans. In comparison, 44% of producers indicated they plan to reduce their machinery purchases, 45% plan to hold purchases constant, and 10% plan to increase purchases, all compared to a year ago.

Rapidly rising production costs related to both consumer and farm input price inflation are a concern for agricultural producers. Nearly 30% of producers said they expect farm input prices to rise by 8% or more in the upcoming year, which would be more than four times the average rise over the last 10 years of just 1.8%.

On the other hand, 21% of producers expect prices paid for inputs to increase less than 2%, which would be more in line with recent history. Interestingly, producers expect farm input costs to rise more rapidly than prices for consumer items, which could pressure their margins. For example, just 17% of respondents said they expect consumer prices to rise by 8% or more over the next year.

Labor concerns may also be contributing to producers’ anxiety as farms that normally hire nonfamily labor reported more difficulty in hiring labor this year than in 2020. Just over half (54% in 2020, 51% in 2021) of those surveyed reported hiring nonfamily members. In June 2021, nearly two-thirds (66%) of respondents said they either had “some” or “a lot of difficulty” in hiring adequate labor, that compared to just three out of 10 respondents in 2020.

Interest in leasing farmland for solar energy projects has risen sharply over the last couple of years. Nearly one-third (32%) of farms in the June survey said they are aware of solar leasing opportunities for their farmland. Of those aware of leasing opportunities, 29% of them said they had engaged in discussions with companies about leasing some of their farmland. Less than 3% (2.6%) of all survey respondents reported having signed a solar lease on some of their farmland. This is approximately double the percentage of producers who reported having signed a carbon sequestration contract on barometer surveys conducted this past winter and spring.

Read the full Ag Economy Barometer report. The site also offers additional resources – such as past reports, charts and survey methodology – and a form to sign up for monthly barometer email updates and webinars.

Each month, the Purdue Center for Commercial Agriculture provides a short video analysis of the barometer results. For even more information, check out the Purdue Commercial AgCast podcast. It includes a detailed breakdown of each month’s barometer, in addition to a discussion of recent agricultural news that affects farmers.