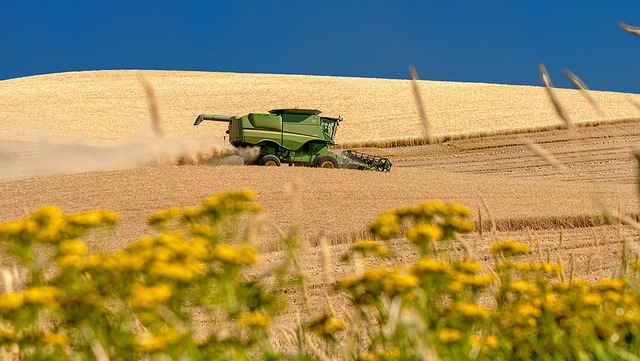 For U.S. farmers to satisfy this growing appetite for organic foods, analysts estimate between one and five million U.S. acres would have to be transitioned to organic production. (Charles Knowles, Flickr/Creative Commons)

DENVER — Increasing consumer demand for organic and non-GMO foods led to a sharp rise in organic grain imports in 2016—prompting food manufacturers to explore new incentives for U.S. growers transitioning to organic production, according to a new report from CoBank. While U.S. production of non-GMO crops has risen, domestic production of organic corn and soybeans remains well short of demand.

“Domestic supplies of non-GMO corn and soybeans increased steadily in 2016, as growers converted acreage and captured moderate market premiums,” says Dan Kowalski, director of the Knowledge Exchange Division at CoBank. “Transitioning to organic production, however, is a multi-year, risk-reward calculation that’s likely holding some U.S. growers back from taking advantage of the market opportunity.”

Imports of organic grains, particularly corn, from countries such as India, Ukraine, Romania, and Turkey surged in 2016 to meet the burgeoning U.S. demand for organic food products. Organic corn imports more than doubled from 2015 to 2016 and accounted for nearly one-half of the U.S. organic corn supply. The domestic shortfall for organic soybeans was even greater, with roughly 80 percent of soybeans supplying the U.S. organic market imported in 2016.

Animal feed for organically raised dairy, beef, pork and poultry products, and ingredients used in organic consumer packaged goods are the two principal markets for organically produced grains. For U.S. farmers to satisfy this growing appetite for organic foods, analysts estimate between one and five million U.S. acres would have to be transitioned to organic production.

“Apprehension among growers is likely fueled by the three-year transition period before their crops can be certified as organic,” says Kowalski. “Remaining profitable during that period is often a struggle and, coupled with the volatility of organic price premiums in 2016, grower uncertainty about the sustainability of financial rewards for transitioning to organic is warranted.”

The report notes that some leading food manufacturers are finding new and innovative ways to incentivize growers for transitioning to organic production to help bolster domestic supply and reduce reliance on imports. Those include free agronomic services to contract growers and premiums for goods grown on transitional acres. A new transitional certification is also available that growers and food companies can use to market their products for a price somewhere between that of organic and non-organic crops.

According to Kowalski, demand for both non-GMO and organic crops will continue to grow and, ultimately, monetary incentives will determine whether U.S. growers choose to step in and close the supply deficit. For growers in close proximity to a market and with options for multi-year contracts, non-GMO and organic production might be worth considering, Kowalski said.

A synopsis of the report, “Organic and Non-GMO Specialty Grains: Assessing the Impact and Opportunity for Growers” is available atCoBank.com. The full report is available to media upon request.

CoBank is a $120 billion cooperative bank serving vital industries across rural America. The bank provides loans, leases, export financing and other financial services to agribusinesses and rural power, water and communications providers in all 50 states. The bank also provides wholesale loans and other financial services to affiliated Farm Credit associations serving more than 75,000 farmers, ranchers and other rural borrowers in 23 states around the country.