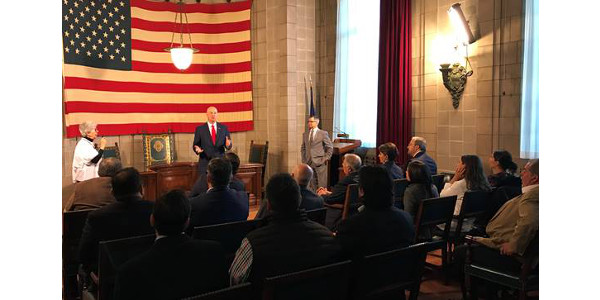 Gov. Ricketts talks about Nebraska ethanol during a meeting with leaders from Mexico. (Courtesy of Office of Governor Pete Ricketts)

During his remarks to the Mexican delegation, Governor Ricketts highlighted the agricultural, financial, and environmental benefits of ethanol. Nebraska produces over 2 billion gallons of ethanol each year, which ranks second among all U.S. states.