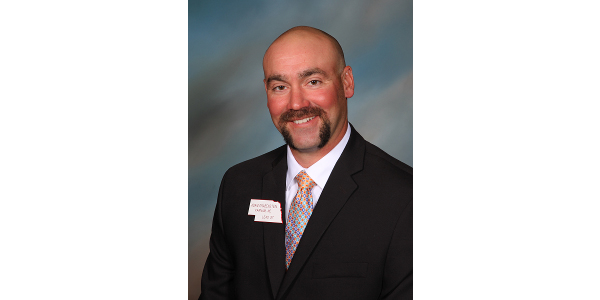 “It’s so encouraging to have a dynamic and passionate board that works hard to enhance our state’s corn industry,” said Kelly Brunkhorst, executive director of the Nebraska Corn Board. “We will definitely miss Tim, as he has contributed a lot to our state’s corn checkoff. However, we look forward to the new perspective Adam will bring to the group.”

Grabenstein is the fifth generation operating his family farm, which is located in Frontier and Dawson counties. On his farm, he grows corn and cover crops, and manages a cow/calf operation and a cattle feedlot near Farnam. In 2005, the Grabenstein family was recognized with the ASKARBEN Foundation’s Pioneer Farm Award, which recognizes Nebraska farm families who have consecutively held ownership of land in the same family for 100 years.

He earned degrees in diversified agriculture and agricultural economics from the University of Nebraska-Lincoln’s College of Agricultural Sciences and Natural Resources in 2005. Grabenstein is also a graduate of the Nebraska Lead Program class 37. Adam and his wife, Kelsey, are the parents of three children: Fletcher, Rowdy and Stella.

“I chose to apply for the open director position because I wanted to be a better advocate for Nebraska’s ag industry,” said Grabenstein. “As a farmer and cattle producer, I know firsthand we need to do a better job of sharing our story of production agriculture. I look forward to serving Nebraska’s corn producers in a progressive way but in a manner that preserves the family farm legacy.”

David Bruntz, District 1 director, was reelected as chairman of the board. Bruntz has been farming for more than 30 years near Friend, Nebraska. He grows irrigated and non-irrigated corn and soybeans, and he also feeds cattle. Bruntz received his education from UNL’s Nebraska College of Technical Agriculture. He has been with the Board since 2013.

Brandon Hunnicutt, District 3 director, was reelected as vice chair of the Nebraska Corn Board. Hunnicutt farms near Giltner with his father and brother. Hunnicutt is a fourth-generation farmer and the operation has been in the family for over 100 years. On his farm, Hunnicutt grows corn, popcorn, seed corn and soybeans. He earned his bachelor’s degree from UNL and has served on the Nebraska Corn Board since 2014.

Jay Reiners, at large director, was elected secretary/treasurer of the board. Reiners farms near Juniata, where he grows field corn, seed corn and soybeans. He has been farming for over 30 years and is the fourth generation managing the family farm. He graduated with an associate’s degree in general agriculture from the University of Nebraska-Lincoln.

The officer positions are effective immediately and will last one year. The Nebraska Corn Board is made up of nine farmer directors. Eight members represent specific Nebraska districts and are appointed by the Governor of Nebraska. The Board elects a ninth at large member.