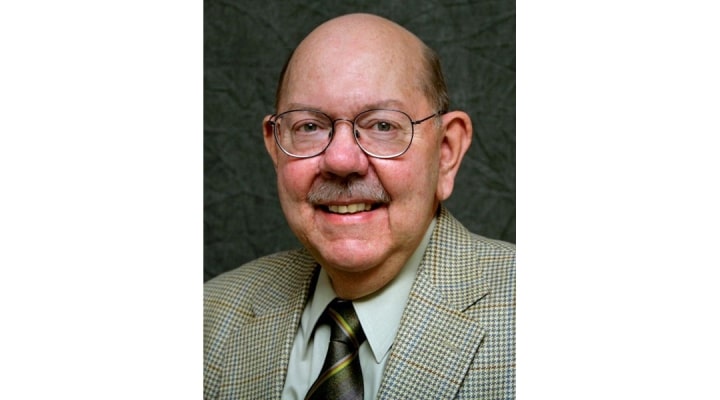 Quaas joined the Cornell faculty in 1973 under the mentorship of Professor Charles Henderson, who is widely considered one of the most eminent animal geneticists and statisticians of the 20th century. Henderson broke new ground in creating a superior statistical method to predict random effects in animal breeding – Best Linear Unbiased Prediction, or BLUP. Henderson and Quaas published together on the method before Henderson’s retirement, then Quaas and his colleagues continued working to refine and apply BLUP to improve livestock breeding.

“Quaas was both the inheritor and the continued carrier of the legacy and the theory underpinning BLUP,” said colleague Alan Bell, professor emeritus of animal science. “In my mind, Dick became the intellectual force in the animal genetics group at Cornell. He never became as famous as Henderson or others, but he was the guy with the brainpower that really drove things.”

In perhaps his most significant contribution to the field of animal science, Quaas and colleague John Pollak used BLUP to analyze tens of thousands of records of Simmental beef cattle that had been collected from farms and ranches across North America. They used data about traits such as birth weight, weaning weight, carcass weight and ease of calving to develop individual animal estimates of genetic merit to help farmers and breeders choose superior animals.

“Dick was superb at developing statistical methodology that would appropriately handle that kind of data and, as important, making that methodology applicable to these very large data sets,” said Pollak, professor emeritus of animal science. Their work has helped farmers and ranchers produce more beef with fewer animals – since 1970, U.S. beef production has increased by 25%, while the number of cattle raised for beef production fell by 6%, according to the U.S. Department of Agriculture.

“In this way, Quaas very much contributed to the pioneering efforts of genetic merit evaluation, which are now used with many types of livestock throughout the world,” Butler said.

Quaas also served for decades as director of graduate studies, where he helped mentor young scientists. Jerry Taylor, the Curators’ Distinguished Professor Emeritus of animal science at the University of Missouri, was a postdoctoral associate at Cornell in the early 1980s and took a course from Quaas.

“Dick was an amazing teacher and a brilliant statistician and geneticist. Very few people in the world of his caliber,” Taylor said. “He was also a wonderful mentor and colleague. He was at Cornell at a time when the animal science genetics group was considered the mecca for quantitative genetics. As unassuming as he was, Dick was a big part of that reputation.”

Quaas was born in Alburnett, Iowa, and grew up on his family’s farm. He earned a bachelor’s degree from Iowa State University, volunteered with the Peace Corps, and earned his master’s and doctoral degrees from Colorado State University. He is survived by two siblings and four nieces and nephews.