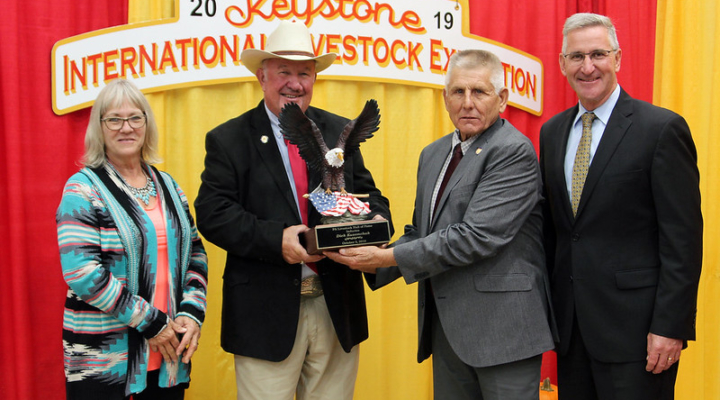 A lifelong shepherd, Kuzemchak graduated from the Pennsylvania State University in 1968 with a degree in animal industry. While at Penn State, he spent countless hours under the tutelage of shepherd Carroll Shaffner, tending Southdown, Cheviot, Shropshire, Hampshire, Horned Dorset, Polled Dorset, Suffolk, and commercial ewe flocks. He was an active member of Block and Bridle and was Grand Champion Sheep Showman from 1965 to 1968 at Little International, and Supreme Showman during his senior year.

Kuzemchak’s career involved not only the day-to-day sheep care, but selecting ewes and rams for Penn State’s breeding program. He developed a Dorset flock that would not only win in the show ring, but also provided a good carcass for the commercial producer. These sheep became the foundation of many Dorset flocks.

Many of the students he taught and guided in their research continue to be active in the sheep industry. He was honored by Penn State Block and Bridle’s Little International twice for sharing his dedication to the livestock industry.

Kozemchak has judged many state, regional and county sheep shows, including the National Dorset Show and Sale at the Eastern States Livestock Exposition. He serves on the Keystone International Livestock Exposition and PA Farm Show Sheep committees.

He continues to be active as a Dorset judge and flock consultant. Over the years he has been a consultant for many major Dorset flocks; helping with management, care, showing and breeding decisions. In 2015, he was inducted into the Continental Dorset Hall of Fame. He is also active in his community, serving as 1st Vice Commander and current Vice President American Legion Post 867.

He has a daughter, Julie, two sons, Scott and Joe, and nine grandchildren. He lives in Pleasant Gap, Centre Co with Gayle, his wife of 50 years.

All events are open to the public with free admission and parking. Find more information and a complete schedule of events at keystoneinternational.pa.gov.