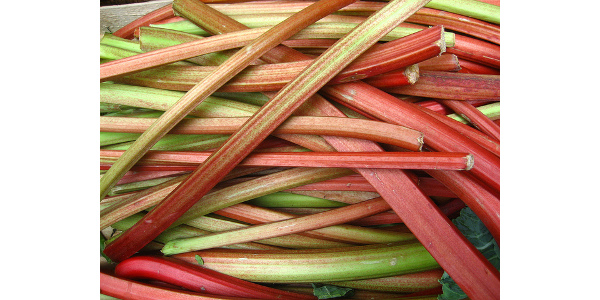 URBANA, Ill. — As the season warms up, many gardeners begin looking forward to their first rhubarb harvests. Although it was first cultivated in central Asia more than 2,000 years ago for its medicinal properties, rhubarb is best known today as an ingredient in our early-summer pies.

“Plant rhubarb in the early spring while plants are dormant,” says University of Illinois Extension horticulture educator Jennifer Fishburn. “Avoid harvesting the plants the first year, and only lightly harvest for 1 to 2 weeks during the second year. Full harvest may begin the third or fourth year depending on the plant size. At that point, you can go on to harvest for 8 to 10 weeks.”

Rhubarb’s sour, tart, tangy flavor is sometimes described as mouth-puckering. Fishburn says that most people find it necessary to sweeten rhubarb with sugar, honey, or fruit juice to minimize the tartness. Rhubarb is often combined with strawberries, especially in pies.

Fishburn says to harvest 10- to 15-inch stalks by snapping them, rather than cutting them off. “Grab a stalk down where it emerges from the ground, and pull up and slightly to one side. Harvest only one-third of the stalks from a plant at one time. Immediately after harvesting, cut off and discard the leaves. If purchasing rhubarb, look for flat, crisp stalks, and leave any curled or limp ones behind.”

Rhubarb leaves should never be eaten. They contain oxalic acid, a toxin that can cause poisoning when large quantities of raw or cooked leaves are ingested.

Rhubarb can be stored in the refrigerator for two to four weeks, if the refrigerator is set between 32 to 36 degrees Fahrenheit and at 95 percent relative humidity. For best results, Fishburn says, store unwashed stalks in perforated plastic bags in the crisper drawer.

“Rhubarb is 95 percent water, and one cup of diced rhubarb contains about 26 calories, 2 grams dietary fiber, and 351 milligrams of potassium. Due to its acidic nature, avoid cooking rhubarb in reactive metal pots such as aluminum, iron, and copper,” Fishburn says.

For more information on growing and using rhubarb, visit the University of Illinois Extension Watch Your Garden Grow website at http://extension.illinois.edu/veggies/rhubarb.cfm. 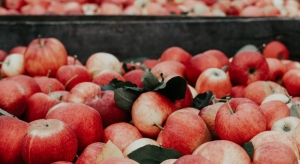 COLUMBIA, Mo. – Fall is prime time for harvesting juicy, crunchy fresh apples at their peak of perfection. “While munching on those tasty fall treats, make sure to peruse the nursery catalogs and place an order for apple trees to plant in your own yard,” says Michele Warmund, University of Missouri Extension horticulturist. “Placing an […] 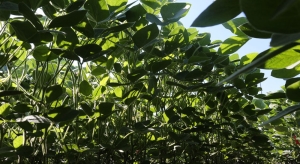 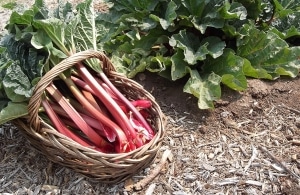 FARGO, N.D. — I have to admit that I get a little sentimental every time I think about rhubarb because it reminds me of my grandmother. She wasn’t necessarily the best of bakers but she did make a mean rhubarb cake. Others in this region may have similar childhood memories and greatly value this spring […] 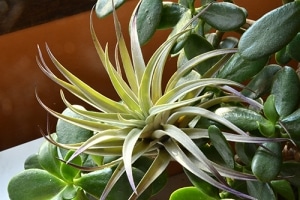 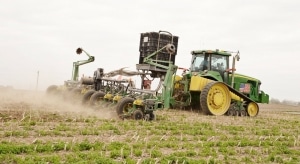