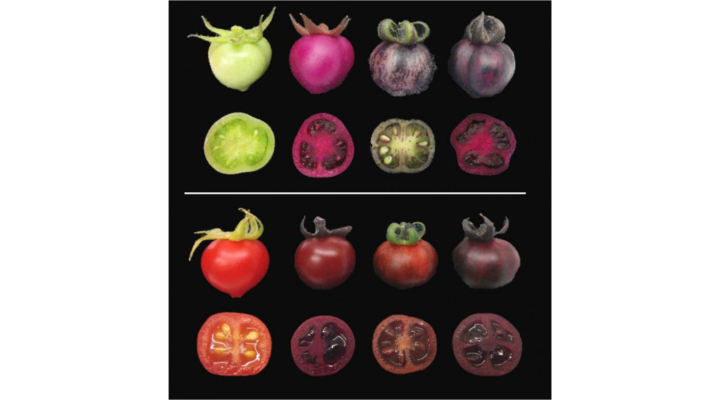 REHOVOT, Israel — Color in the plant kingdom is not merely a joy to the eye. Colored pigments attract pollinating insects, they protect plants against disease, and they confer health benefits and are used in the food and drug industries. A new study conducted at the Weizmann Institute of Science, published in the Proceedings of the National Academy of Sciences, USA, has now opened the way to numerous potential uses of betalains, the highly nutritious red-violet and yellow pigments known for their antioxidant properties and commonly used as food dyes.

Betalains are made by cactus fruit, flowers such as bougainvillea and certain edible plants – most notably, beets. They are relatively rare in nature, compared to the two other major groups of plant pigments, and until recently, their synthesis in plants was poorly understood. Prof. Asaph Aharoni of Weizmann’s Plant and Environmental Sciences Department and Dr. Guy Polturak, then a research student, along with other team members, used two betalain-producing plants – red beet (Beta vulgaris) and four o’clock flowers (Mirabilis jalapa) – in their analysis. Using next-generation RNA sequencing and other advanced technologies, the researchers identified a previously unknown gene involved in betalain synthesis and revealed which biochemical reactions plants use to convert the amino acid tyrosine into betalains.

To test their findings they genetically engineered yeast to produce betalains. They then tackled the ultimate challenge: reproducing betalain synthesis in edible plants that do not normally make these pigments.

The success announced itself in living color. The researchers produced potatoes, tomatoes and eggplants with red-violet flesh and skin. They also managed to control the exact location of betalain production by, for example, causing the pigment to be made only in the fruit of the tomato plant but not in the leaves or stem.

Using the same approach, the scientists caused white petunias to produce pale violet flowers, and tobacco plants to flower in hues varying from yellow to orange pink. They were able to achieve a desired hue by causing the relevant genes to be expressed in different combinations during the course of betalain synthesis. These findings may be used to create ornamental plants with colors that can be altered on demand.

But a change in color was not the only outcome. Healthy antioxidant activity was 60 percent higher in betalain-producing tomatoes than in average ones. “Our findings may in the future be used to fortify a wide variety of crops with betalains in order to increase their nutritional value,” says Aharoni.

An additional benefit is that the researchers discovered that betalains protect plants against gray mold, Botrytis cinerea, which annually causes losses of agricultural crops worth billions of dollars. The study showed that resistance to gray mold rose by a whopping 90 percent in plants engineered to make betalains.

The scientists had produced versions of betalain that do not exist in nature. “Some of these new pigments may potentially prove more stable than the naturally occurring betalains,” says Polturak. “This can be of major significance in the food industry, which makes extensive use of betalains as natural food dyes, for example, strawberry yogurts.”

Furthermore, the findings of the study may be used by the drug industry. When plants start manufacturing betalains, the first step is conversion of tyrosine into an intermediate product, the chemical called L-dopa. Not only is this chemical itself used as a drug, it also serves as a starting material in the manufacture of additional drugs, particularly opiates such as morphine. Plants and microbes engineered to convert tyrosine into L-dopa may therefore serve as a source of this valuable material.

—Weizmann Institute of Science
via EurekAlert!

When does rock become soil?

Do you know how far your milk travels?