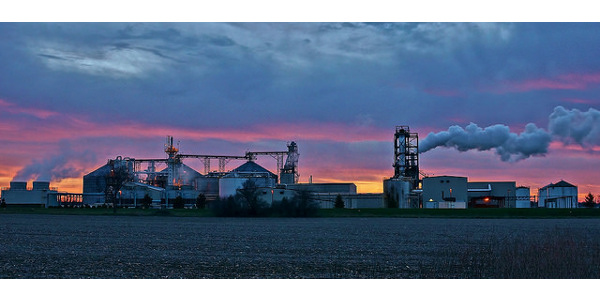 A recovery in economic activity helped ethanol plants ramp up production as gasoline demand increased. However, a resurgence in virus incidences threatens ethanol production over the short run and injects uncertainty into long-run prospects, according to University of Illinois agricultural economist Todd Hubbs. (chumlee10, Flickr/Creative Commons)

“Gasoline demand recovered to almost 89% of pre-coronavirus lockdown levels in early July,” Hubbs says. “Despite this positive development, the recovery in demand flattened out over the last few weeks. Gasoline stocks began to recede but still sit substantially above levels usually seen at this time of the year.

“Attempts to reopen the economy hit a snag as the virus spread rapidly around the country after initial hopes saw a rapid opening in many areas. At 8.648 million barrels per day, demand recovered substantially from the low point of 5.311 million barrels per day seen in early April. The path back to normal gasoline demand levels appears stalled. Ethanol production followed this recovery and will feel the implications of flattening gasoline use,” he adds.

“Ethanol production leveling off over the next couple of weeks, as gasoline demand plateaus, appears likely due to an uptick in coronavirus issues in states in the South and West. If production does slow, it places the current estimate for corn use in question. Expanded exports could help the situation,” Hubbs states.

Lower exports to Brazil, India, and the Philippines hurt the pace this year, Hubbs notes.

“Declining Brazilian exports seem inevitable and look to continue as they build expanded domestic capacity,” he says. “The current pace places ethanol exports near 1.5 billion gallons for the marketing year. A resurgence of Chinese buying, as seen with other agricultural products recently, holds some hope. Over the last five marketing years, China’s maximum U.S. ethanol purchases totaled 208 million gallons in the 2015-16 marketing year.”

USDA dropped corn use for ethanol in the July WASDE report by 50 million bushels for this marketing year, down to 4.95 billion bushels. The current estimate for corn use remains feasible, Hubbs states.

“Through July 10, if the corn conversion rate seen in recent months extends into July, corn used for ethanol sits near 4.14 billion bushels,” he says.

“The present estimate sits above recent production levels and hints at the possibility of slight further reductions in USDA’s corn use numbers,” he says. “The magnitude of an adjustment at current production rates indicates a 10-15 million bushel drop for the current marketing year. A significant issue is what a continued resurgence means for next marketing year corn use.”

Ethanol production for the next marketing year contains a massive amount of uncertainty due to the current economic outlook, Hubbs notes. At present, the USDA forecasts corn use for ethanol at 5.2 billion bushels in 2020-21.

“A forecast of this magnitude signals a drop of about 3% for the entire marketing year off of recent use levels unaffected by the economic shock,” he says. “The Energy Information Agency, in the July short term energy outlook, projects ethanol production at 5% lower than pre-coronavirus production levels over the next marketing year.”

“Improving weather prospects and uncertainty about the economic outlook holds the key to corn price developments over the near term,” he concludes. “The importance of ethanol as a corn demand source remains crucial. As we move into the next marketing year, economic activity needs to improve to maintain this fundamental driver of corn prices.”

Bower elected to the NCGA Corn Board