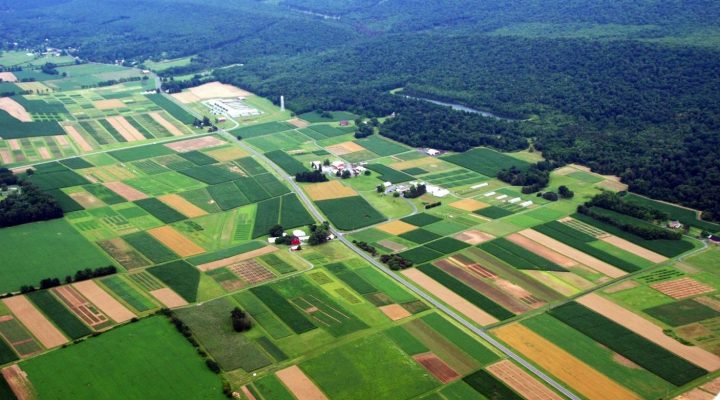 WASHINGTON — “Food production must double by 2050 to feed the world’s growing population.” This truism has been repeated so often in recent years that it has become widely accepted among academics, policymakers and farmers, but now researchers are challenging this assertion and suggesting a new vision for the future of agriculture.

Research published today (Feb. 17) in Bioscience suggests that production likely will need to increase between 25 percent and 70 percent to meet 2050 food demand. The assertion that we need to double global crop and animal production by 2050 is not supported by the data, argues Mitch Hunter, doctoral student in agronomy, in Penn State’s College of Agricultural Sciences. He says the analysis shows that production needs to keep increasing, but not as fast as many have claimed.

However, clarifying future food demand is only part of the story.

“In the coming decades, agriculture will be called upon to both feed people and ensure a healthy environment,” said Hunter. “Right now, the narrative in agriculture is really out of balance, with compelling goals for food production but no clear sense of the progress we need to make on the environment. To get the agriculture we want in 2050, we need quantitative targets for both food production and environmental impacts.”

A review of recent trends in agriculture’s environmental impacts shows that they are increasing and must drop dramatically to maintain clean water and stabilize the climate, according to the researchers.

Specifying quantitative targets, the researchers contend, will clarify the scope of the challenges that agriculture must face in the coming decades, focusing research and policy on achieving specific outcomes.

These new findings have important implications for farmers. Lower demand projections may suggest that prices will not rise as much as expected in coming decades. However, the authors note that economic forecasting models already are based on up-to-date quantitative projections, so price forecasts may not be affected greatly by this new analysis.

At the same time, farmers will need to ramp up efforts to hold nutrients on their fields, reduce greenhouse gas emissions and improve soil health.

This analysis builds on the two most commonly cited food-demand projections, one from the United Nations Food and Agriculture Organization and one led by David Tilman, a prominent ecologist at the University of Minnesota. Hunter and his colleagues did not dispute these underlying projections; they simply updated them to help reframe the narrative.

“Both of these projections are credible and important, but the baseline years they used are over a decade past now, and global production has ramped up considerably in that time,” Hunter explained.

So, while Tilman’s study showed that the world will demand 100 percent more calories in 2050 than in 2005, that is the equivalent of only a 68 percent increase over production levels in 2014, the most recent year with available data. To meet the FAO projection, which used different assumptions and projected lower demand, production would have to increase only 26 percent from 2014 levels.

“Given how much production has increased recently, it is pretty misleading to continue to argue that we need to double our crop output by 2050,” Hunter said.

Aiming to double food production makes it much harder to move the needle on our environmental challenges.

“To double food production, we would have to increase global agricultural output faster than we ever have before, and we are at a point in the developed world where we already are pushing our farming systems to the max. We don’t know how to double yields in these systems, especially without multiplying our environmental impacts,” Hunter said.

The researchers present hard data and quantitative goals to help clear up this confusion. For global greenhouse gas emissions and nutrient pollution in the Mississippi River Basin, the data show that agriculture’s environmental performance is going in the wrong direction, with aggregate impacts steadily increasing. Science-based goals indicate that these impacts must fall sharply over the coming decades to avoid the worst impacts of climate change and reduce the size of the “dead zone” in the Gulf of Mexico.

“Even with lower demand projections, growing enough food while protecting the environment will be a daunting challenge,” Hunter said. “We call on researchers, policymakers and farmers to embrace this recalibrated vision of the future of agriculture and start working toward these goals.”