Home » Return of frigid conditions on the horizon 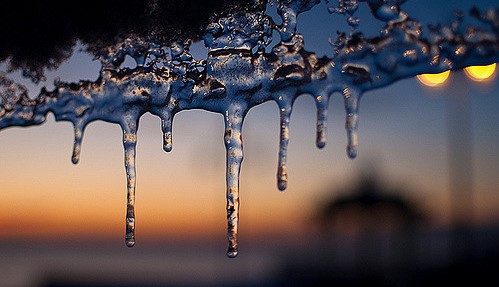 Through next week, the very cold trends of the North Central will slowly start to spread south and eastward. (Martin Thomas, Flickr/Creative Commons)

Although we’re in the second half of winter, the winter wheat crop is not yet out of the woods when it comes to the risk of winterkill. Earlier this month, when the Polar Vortex ushered in brutally cold temperatures to the Northern Plains and Midwest, wheat crops in the Dakotas fared okay thanks to favorable snow-cover. Currently, snow depth remains favorable for the Dakotas, and with colder than normal temperatures persisting and some additional snowfall possible, these states should be in decent shape for another outbreak of cold.

Over the next seven days, through mid-week next week, temperature trends will continue to generally split the country in two. Areas from the North Central to the West Coast are forecast to trend colder than normal, with the next few days trending much colder (10 to >15F below normal) across the region. By the late weekend, the West will moderate somewhat, but the Northern Rockies and North Central will continue to trend well below normal.

Areas from the South Central to the East Coast, however, are forecast to trend warmer to much warmer than normal over the next seven days. The Southeast is expected to see the warmest trends overall, but much of the East is expected to trend 10 to >15F above normal over the weekend. Despite a more moderated start to the week, trends will once again be much warmer than normal by mid-week. 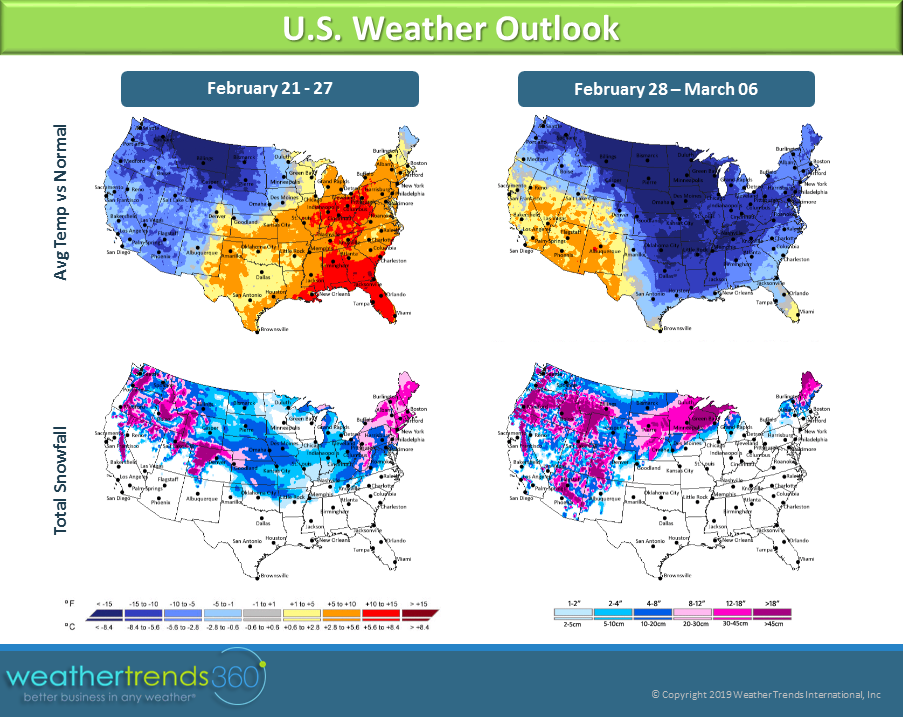 Through next week, the very cold trends of the North Central will slowly start to spread south and eastward. By mid to late week, colder than normal temperatures are projected to push south into central Texas, and start to reach parts of the East Coast by the weekend. The first several days of March are expected to bring widespread temperatures trending more than 15F below normal from the Northwest to the South Central and eastward.

The Southwest is expected to be the only region to trend near to above normal. This period of cold weather could be the next higher risk timeframe for winterkill to hit the winter wheat crops. States like Kansas would need to retain their current snow cover to limit the crop’s exposure to these very cold conditions.

Understanding peppers from around the world