Home » Return of frigid air is on the horizon 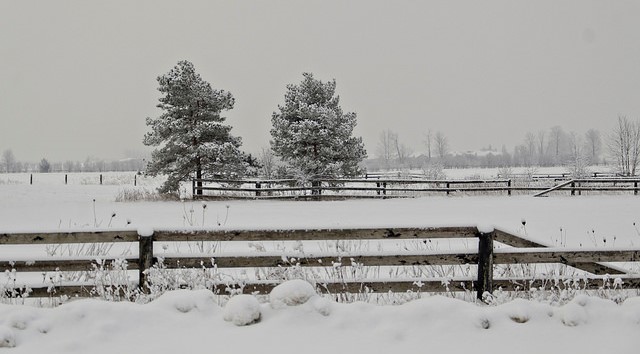 For snow lovers in the Northeast, Sunday could make you very happy. (Boris Kasimov, Flickr/Creative Commons)

WASHINGTON — Another weekend, another snow storm. Winter is starting to ramp up across the U.S. and as we head toward the weekend, parts of the Plains, Midwest and Northeast are all expected to get another taste of winter’s wrath. While last weekend’s storm impacted the Mid-Atlantic in the East, more-so than the Northeast, that won’t be the case this weekend.

By tomorrow, this system is expected to bring snow to portions of the northern Plains, including states like South Dakota, Nebraska, southern Minnesota and western Iowa. As the storm tracks eastward, snow will spread into eastern Iowa and the rest of the Midwest by Saturday morning and into parts of Pennsylvania, New York and New Jersey by Saturday afternoon/evening. Widespread accumulations of 4-8 inches are possible on Saturday.

For snow lovers in the Northeast, Sunday could make you very happy. As the system continues toward the East, snow and a wintry mix will spread across the entire Northeast. Snow accumulations for many could be in the 8-12+ inch range, although locally higher amounts are certainly possible. In the Mid-Atlantic, more of a wintry mix or even just rain can be expected over the weekend. There is still some uncertainty about where the rain/snow line will end up with this system, but it is likely that major cities like Washington, Baltimore and even New York City largely miss out on the higher snow accumulations. However, Sunday will also bring a sharp drop in temperatures to many in the East. Early morning will likely be the warmest part of the day, with temperatures steadily declining through the afternoon and into the evening. Monday will stay very cold in the Northeast with temperatures largely trending more than 15F below normal. 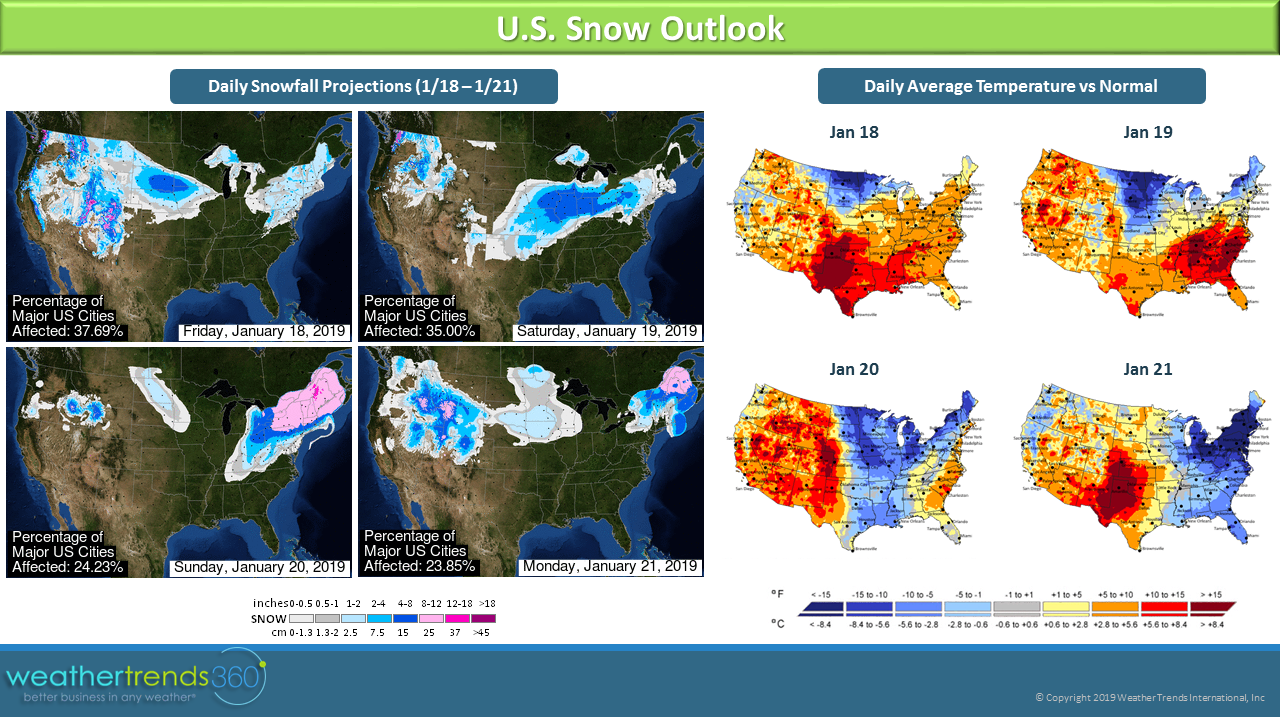 As we have previously discussed, late January could bring the onset of very cold temperatures to the Central and Eastern US. Back closer to the start of the month, the Polar Vortex did indeed fracture which will send frigid arctic air down into the US. Despite the fracturing already occurring, the persistent cold typically associated with this type of event usually isn’t felt for several weeks. Last weekend’s snow, this weekend’s storm, and the very cold temperatures later this weekend are all likely related to the split in the Polar Vortex, but more consistent frigid conditions are still to come.

While this next week will certainly bring its share of colder weather to portions of the US, we don’t expect the widespread, persistent well below normal temperatures to settle in until closer to next weekend. Also accompanying these harsh winter temperatures will be an increase in winter storms across the Central and Eastern U.S. Additionally, this very cold and more stormy pattern will likely persist well into February.