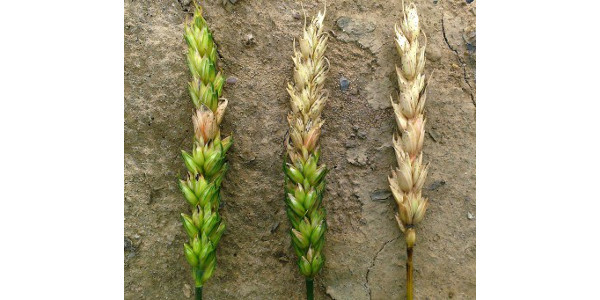 EAST LANSING, Mich. — Michigan winter wheat growers use over three dozen different soft red varieties and over a dozen soft white varieties. This is based on growers who completed a voluntary variety survey conducted by Michigan State University Extension, Michigan Wheat Program and the National Head Scab Initiative. The purpose was to learn which varieties growers selected for the 2016 season, and estimate the extent to which growers have taken advantage of improved genetic resistance against fusarium head blight (scab) during the past five years.

The response rate to the survey was relatively low, but the 2016 wheat variety summary report provides some insight into the current industry and an interesting comparison to a 2011 wheat variety survey. Hopewell and Pioneer 25R47 were the soft red varieties that strongly dominated the wheat acreage in 2011, whereas in 2016 the most popular varieties were Red Dragon, Branson, P25R40 and Red Devil. Five years ago, Pioneer 25W43, Ambassador and AC Mountain were the most popular white varieties. In 2016, DynaGro 9242W joined Ambassador for top billing.

A comparison of the 2011 and 2016 Michigan surveys suggests that soft red growers have reduced the risk to head scab through variety selection. More specifically, only 30 percent of soft red 2016 acreage hosted varieties that were fully “susceptible” to scab compared to 91 percent in 2011. In addition, 22 percent of the 2016 red acreage had varieties ranked as “moderate-resistant” to the disease.

Unfortunately, this progress is not mirrored in the soft white results. The use of “susceptible” or “very susceptible” soft white varieties accounts for approximately three-quarters of the acreage and has remained unchanged over the past five years. Further, there is currently no soft white varieties that have earned the highest rating of “moderately resistant.” Nevertheless, soft white breeders are making progress in incorporating greater head scab resistance and the industry’s vulnerability to the disease should slowly decline during the next five-year span.

Complete resistance to fusarium head scab will not likely be realized in the foreseeable future, so growers are still encouraged to consider using fungicides along with moderately resistant varieties to manage scab and other fungal diseases.