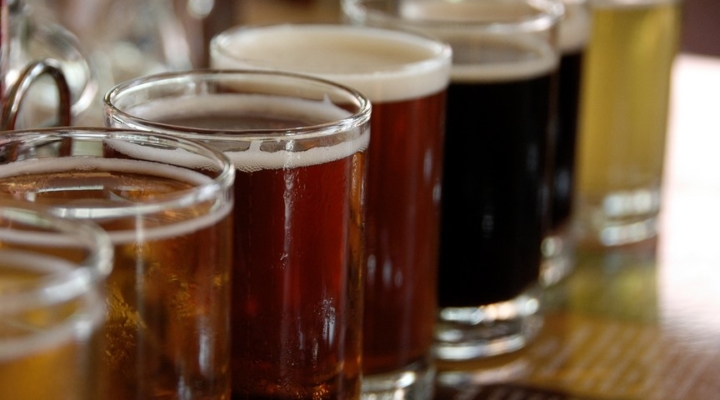 “New York’s world-class craft breweries are thriving and helping to drive growth in our farms, local economies and tourism industries across the state,” Governor Cuomo said. “I congratulate these craft breweries on their success and encourage those interested to experience our state’s top-ranking beers at the Great New York State Fair later this month.”

Gold, silver, and bronze medal winners were awarded in each of the 24 categories, which include major styles of beer like IPAs and lagers, as well as niche or emerging styles like sours or fruit and spice beers. This year, the competition featured five new categories. The most-entered categories were New England Style India Pale Ale (IPA) and American Light Lager, which received 58 entries each.

Gold medal winners by category are:

Complete competition results and additional information can be found here.

The Governor’s Excelsior Cup winner and other awardees will be displayed in the Horticulture Building at the Great New York State Fair, which runs August 22 to September 3, 2018. In addition, the Fair offers all brewers the opportunity to have their beers sampled at a sampling booth  and brewers may host one of the Fair’s daily Taste NY Wine and Beer Seminars. The seminars occur three times every day and allow beverage industry owners and experts the opportunity to provide product samples and educate the public about their beverages.

“New York is home to some of the best craft breweries in the nation, and this competition showcases the best that they have to offer,” said Lieutenant Governor Kathy Hochul. “We’re committed to growing and supporting craft brewers across the state to ensure their success, grow the economy, and increase tourism in New York State.”

New York State Brewers Association Executive Director Paul Leone said, “As the brewing industry continues to grow in New York State, so does the quality of the beer being produced. It’s really great to see so many new breweries winning in this year’s competition, and it’s incredible that Threes Brewing in Brooklyn won the Governor’s Excelsior Cup for the second consecutive year in a blind tasting of the 23 gold medal winning beers. There is no better time to Think New York, Drink New York when it comes to our craft beer.”

New York State Agriculture Commissioner Richard A. Ball said, “Congratulations to the winners and all the craft brewers who participated in this annual competition. Governor Cuomo’s efforts to support the craft beverage industry have helped spur the growth of our beverage manufacturers in New York State and provide a boost to our agricultural industry. We look forward to displaying our state’s increasing selection of craft brews at our New York State Fair.”

Acting Fair Director Troy Waffner said, “We are happy to provide the winners of this competition the opportunity to showcase their unique products to the more than one million fairgoers that come through the gates in a few weeks. The competition has grown as the industry has flourished and there’s no better place to celebrate that success than at theGreat New York State Fair.”

State Liquor Authority Chairman Vincent Bradley said, “Craft beer manufacturing in New York State has experienced record growth thanks to Governor Cuomo’s efforts to transform and revitalize the industry. With more than 400 craft breweries statewide, New Yorkers in every corner of the state have access to locally produced craft beer. Congratulations to today’s winners and to all the participating breweries who are helping to showcase the top-notch quality of New York beer.”

Joshua Stylman, CEO of Threes Brewing, said, “At a time when New York is producing some amazing beer, it is an honor to have been named the winner of the Excelsior Cup. It’s especially exciting to see a nuanced style (Grissette) gain recognition over some of the trendier beers available in today’s market.  We couldn’t be prouder of the team.”

Fred Matt, President of FX Matt Brewing Company, said, “We have been making great beer in New York State for 130 years and we are happy to once again get recognition for the wide variety of beers we are making as Saranac. New York State is making incredible beer and we are proud to be part of the New York State beer community.”

Ethan Cox, President of Community Beer Works in Buffalo said, “Being recognized with two medals by a talented and experienced judging pool such as the one the Competition has put together makes us immensely proud. Many thanks to the organizers, judges and volunteers that made this possible!”

Under Governor Cuomo’s leadership, the state continues to drive the growth of the craft beverage industry. By passing major pieces of legislation, launching aggressive promotional campaigns, and implementing considerable regulatory reforms, this sector of the economy has become a major driver of job creation and economic development in communities throughout the state. Most recently, the Governor announced that New York State is home to more than 1,000 craft beverage producers, including over 400 farm, micro and restaurant breweries across New York. Since Governor Cuomo hosted the first Beer, Wine Spirits and Cider Summit in 2012, the number of businesses producing craft beverages has more than doubled, while the number of farm-based manufacturers has increased by over 160 percent.