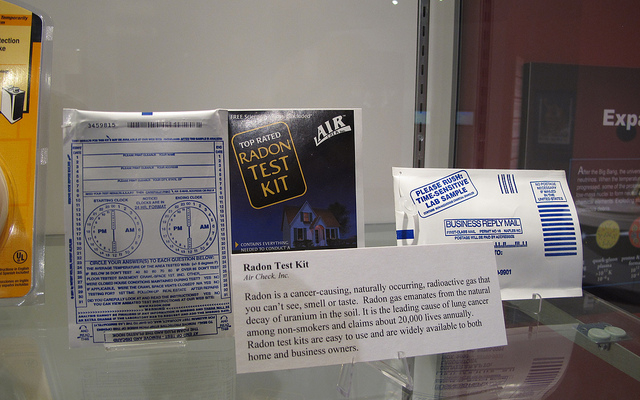 Radon occurs naturally in Georgia’s granite bedrock and can leach into homes without warning. This presents a hidden danger, as radon exposure is the second-leading cause of lung cancer in the U.S., according to the U.S. Environmental Protection Agency. (photo by Kelly Michals, creative commons/flickr.com)

ATHENS, Ga.–Not many people think about the dangers of radon, but the radioactive element causes over 800 deaths a year in Georgia.

Radon occurs naturally in Georgia’s granite bedrock and can leach into homes without warning. This presents a hidden danger, as radon exposure is the second-leading cause of lung cancer in the U.S., according to the U.S. Environmental Protection Agency.

University of Georgia Cooperative Extension Radon Educator Derek Cooper is working to shine a light on this invisible hazard with the university’s Georgia Radon Program. January — National Radon Action Month —  is a great time for Georgians to take steps to protect their families against the threat.

“Families have a lot to think about, and I know radon isn’t always at the top of the list,” Cooper said. “The beginning of the year is a good time to take a moment to make sure your family’s home is safe. Testing for radon can save a life, and it’s quick and easy.”

UGA Extension offers a low-cost service for those who need to test their home for radon and can provide resources for those who find high levels of the gas in their home.

There are ways of removing radon from a home, but homeowners won’t know to take action unless they test, Cooper said.

What is radon and where does it come from?

Radon gas is essentially broken-down uranium that is present in Georgia’s granite bedrock. It can seep into homes through their foundations or through well water. It is odorless, tasteless, colorless and virtually undetectable without a test. The gas can collect in homes during the winter months when weatherproofing seals air indoors, but it’s a threat year-round.

Homes of all ages and sizes are vulnerable to radon, but risk varies depending on the area of the state. Homes in the northern half of the state, for instance, are at greater risk of having elevated radon levels due to higher amounts of granite bedrock in that region. About 46.6 percent of homes tested in Haralson County had elevated radon levels — the highest rates in the state.

In addition to Haralson, Barrow, Butts, Douglas, Fannin, Gilmer, Hall, Jackson, Lumpkin, Union and Walton counties are the counties with the highest percentage of elevated radon levels in the state, according to tests conducted through UGA Extension.

To learn more about household radon and to order a $13 radon test visit www.fcs.uga.edu/extension/home-radon or contact a local UGA Extension Office at 1-800-Ask-UGA1. During January, Georgians can get a discount of $3 off the $13 price of test kit when they enter the code NRAM2019.