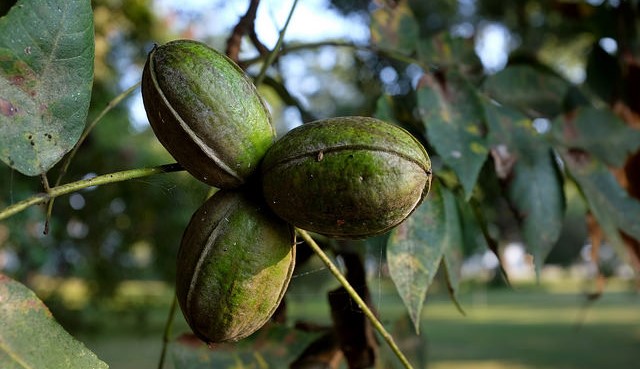 "At this point, there has been such an erosion of trust that the neighborhood has no assurance that they won't wake up one day to see the pecan grove flattened," said Jessica Eley, who co-chairs the Govalle Neighborhood Association. (Peter Burka, Flickr/Creative Commons)

AUSTIN (AP) — Some Austin residents are raising concerns about preserving a generations-old pecan grove after the city’s housing corporation prematurely demolished a house nearby without a permit.

Neighbors are asking the city to protect the pecan grove by making it into a park to prevent the removal of trees for a housing project, the Austin American-Statesman reported.

The request comes after the city’s housing corporation, which owns the pecan grove property, demolished a 1930s home next to the orchard a month before the Historic Landmark Commission was set to hold a public hearing about the property. The home was determined to be a safety hazard, but the landmark commission and neighbors didn’t get to voice concerns about the demolition.

The housing corporation’s demolition in December also occurred before getting a permit, which is a code violation.

Housing officials blamed the snafu on miscommunication between the contractor and city staff.

The Austin Housing Finance Corporation hasn’t disclosed specific plans for the property, but wants to redevelop the site into affordable housing.

“At this point, there has been such an erosion of trust that the neighborhood has no assurance that they won’t wake up one day to see the pecan grove flattened,” said Jessica Eley, who co-chairs the Govalle Neighborhood Association.

Javier Delgado, a city project coordinator, has promised neighbors that the pecan grove will be “an integral part of the design” of any future affordable housing development at the site.

The group is asking the housing corporation to give up 2 acres of the pecan orchard instead of paying a fine for the improper demolition, in addition to converting the area into a park.

The neighborhood group told the city in a letter that “subdividing is the only way the community can be sure that we won’t wake up and have lost another cultural asset.”