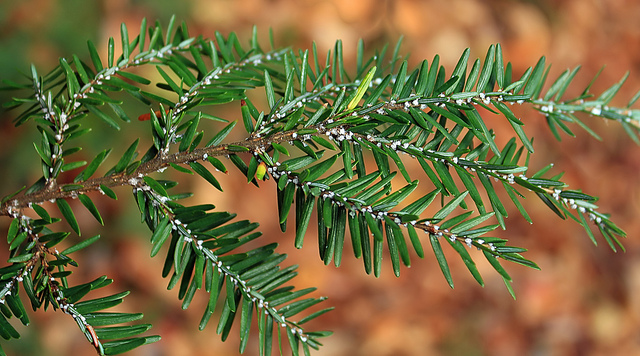 ITHACA, N.Y. (AP) — A million-dollar lab aimed at protecting hemlock trees from an invasive insect is being created on the Cornell University campus.

The Department of Environmental Conservation says the lab will get $500,000 from the state and will be headed by Cornell entomologist Mark Whitmore.

It will be dedicated to researching and rearing biological controls to stop the hemlock wooly adelgid. The aphid-like insect sucks sap from hemlock trees, which lose needles and die.

DEC says the Asian insect is threatening trees in about half of New York’s 62 counties and more than 15 other states. It’s named for the white, wooly egg masses it leaves on twigs.

The new lab will evaluate predatory insects that will eat the pests. The goal is to establish populations of several species of adelgid predators.