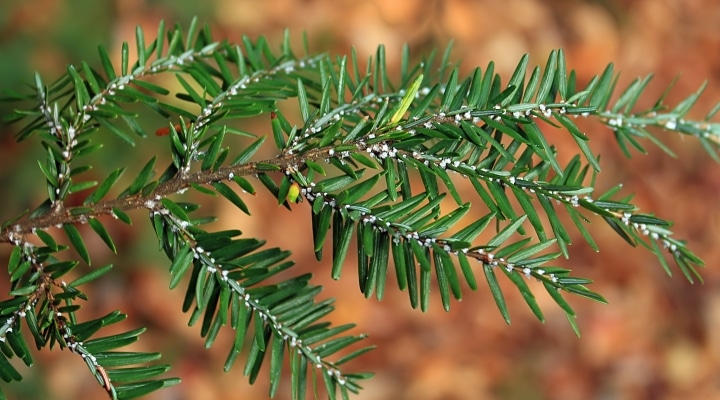 In light of emerging evidence showing how a commonly used class of insecticides can spread through the environment to pollinators, predators and other insects they are not intended to kill, researchers are warning about the potential for widespread environmental contamination. (photo by Nicholas A. Tonelli, Creative Commons/flickr.com)

RALEIGH, N.C. — In light of emerging evidence showing how a commonly used class of insecticides can spread through the environment to pollinators, predators and other insects they are not intended to kill, researchers are warning about the potential for widespread environmental contamination.

In an opinion in the journal Proceedings of the National Academy of Sciences, researchers from North Carolina State University and Pennsylvania State University argued for curbing the use of neonicotinoid insecticides by discontinuing the practice of applying them preventively on crop seeds since the practice is in wide use in the United States and has been found in one study to benefit a small fraction of crop fields. They argue that reducing this and other common preventive practices could reduce cascading effects on the environment from insecticides whose risks have not been fully characterized.

“Since the research has focused on transmission of the insecticide from a plant to a particular pest to a predator of the pest, it’s ignored the hundreds of other herbivores that are also on that plant, and also transmission of that material to their predators. That’s where the food web concerns come in that we’re interested in,” said Steven Frank, co-author of the opinion and a professor in NC State’s Department of Entomology and Plant Pathology.

Since their introduction in the early 1990s, neonicotinoids have become the most widely used insecticides in the world, researchers said. In 2014, these products represented 25 percent of the global pesticide market, other scientists have reported. The authors also said they are among the most toxic insecticides to insects ever developed.

These insecticides are used in crops, lawns and landscapes, livestock production and even in pet flea and tick products. They are also used in lawns, commercial landscapes and to protect trees. For example, neonicotinoids were used to treat 200,000 hemlock trees in Great Smoky Mountains National Park.

“They are applied to hundreds of thousands of trees each year for protection from exotic pests, which can be lethal to trees, but also from cosmetic pests, which generally are not lethal,” Frank said.

Recently, a study uncovered a new way that neonicotinoids can spread through the food chain.

Published last year in the Proceedings of the National Academy of Sciences, the study led by researchers from the Valencia Institute of Agricultural Research showed that neonicotinoids can be transmitted in a sugary liquid called “honeydew” that is excreted by certain insects like aphids, mealybugs and whiteflies. The toxin is ingested by other bugs that eat the honeydew like hoverflies or parasitoid wasps.

“We’ve known that neonicotinoids can be transmitted through nectar and pollen and can harm pollinators that way – directly from the plants,” Frank said. “We’ve known that if herbivores feed on the plants and predators eat those herbivores, that they could be harmed because the neonicotinoids accumulate in the herbivores’ bodies. This was a new revelation that it could be transmitted through the herbivore to the environment as a carbohydrate that a lot of animals feed on.”

The authors said this raises the potential for additional off-target effects to other organisms as the toxin is spread by organisms that are not killed as they ingest it.

“This adds one more example of how the material can move in a three-part food chain from the plant to an herbivore to a predator,” Frank said. “That’s been documented now a couple of times. Our concern is that if it can do that, it seems evident that it could spread much wider throughout the entire food web because insect populations are so diverse and abundant on plants.”

Frank said their concern goes beyond insects. If ingested by organisms that are not killed directly, those organisms could pass the toxin on to insects, birds, amphibians or others.

“Insects are food for thousands of different vertebrates – everything from birds to mice, lizards and frogs, and fish,” Frank said. “All of those things eat insects. As the environment fills with contaminated insects, other organisms could be eating them. Even though the neonicotinoids have relatively low mammalian toxicity, which makes them safer for applicators, there is still risk of some toxicity, and there could be toxicity for other vertebrates.”

The authors said one potential way to curb their use is to refrain from using them preventively as seed coatings in crop fields, where they have been shown to have limited benefit. One study found they benefit just 5 percent of crop fields when applied preventively to seeds.

“We’re putting these materials into the environment even though, in some cases, there’s no tangible benefit to them,” Frank said. “It seems like their use could be reined in substantially without hurting farmers or the economy.”

More research is needed, Frank said, to understand the full effect on food webs and the environment.

“The concern is for biodiversity generally, where we don’t know how far through the food web these materials travel, and to what consequence,” Frank said. “We’re seeing biodiversity of insects and other things decline around the world. There’s a multitude of factors contributing to this that we don’t know the extent of, but this could be playing a role. And the other concern is general environmental contamination.”

The opinion was published in the Proceedings of the National Academy of Sciences. The authors were Frank and J.F. Tooker of the Pennsylvania State University Department of Entomology.