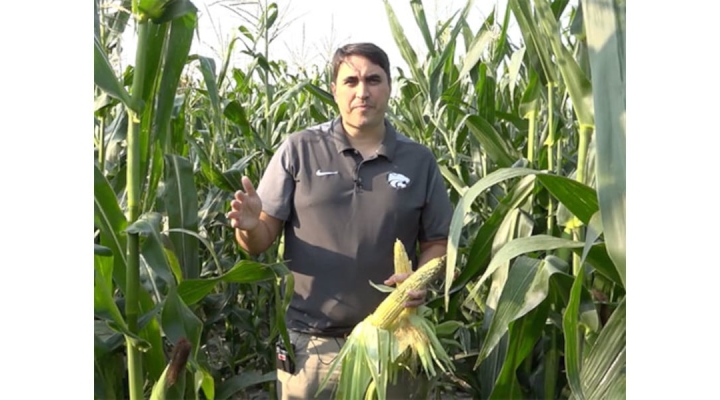 MANHATTAN, Kan. – Researchers at Kansas State University and scientists at one of the United States’ largest agriscience companies say they have found a way to improve the uptake of nitrogen in field-grown maize – likely reducing the environmental impact of applying nitrogen fertilizer to farm fields.

Farmers often use nitrogen fertilizer to improve yields in their crops. A challenge, however, is to keep nitrogen in the field where crops can use it for growth, rather than nitrogen escaping to nearby waterways.

Scientists from Corteva Agriscience have developed hybrids in which they are able to regulate when, where and the degree to which the zmm28 gene (known in molecular biology as a transcription factor) is able to express itself.

“The positive effect of increased and extended expression of zmm28 on grain yield has been observed across a wide range of field conditions and a large set of hybrids,” Ciampitti said. “The same event evaluated here has been previously reported to increase yield by as much as 7% under different environments affected by drought and nitrogen deficiency.”

Simply, the hybrids tested recover more nitrogen from soils and use it much better in the plant – especially during the late vegetative stages — to increase yields.

Javier Fernandez – who conducted much of the field work as a K-State doctoral student – and Ciampitti said the new hybrids seem to be inducing nitrogen storage in the lower leaves of the canopy.

Corteva, established by a merger of Dow and DuPont, funded the research, which has been reported in the scholarly journal, Nature Communications Biology. Ciampitti said his lab also received significant support from Kansas Corn.

The findings of this project, Ciampitti said, provides an “opportunity to not only increase productivity of corn, but also to enhance the efficiency of nitrogen fertilization,” factors especially important in light of rising costs for fertilizer and other nitrogen sources.

“This is important not only from the standpoint of productivity and the environment, but also in light of fragile food systems currently,” Ciampitti said.

Corteva has not yet released a timeline on when the new hybrids will be available to farmers.

Setting goals is emphasis for newer, older 4-Hers