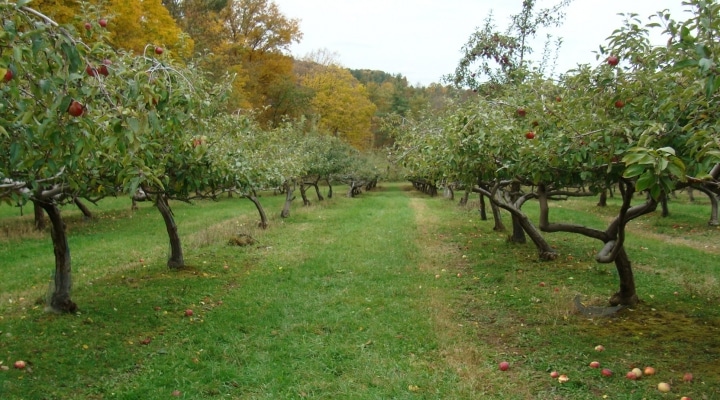 Farmers whose operations have been impacted negatively by changing precipitation patterns — either too much or not enough water — are more likely to acknowledge the link between extreme weather conditions and climate change. (photo by Neil R, Creative Commons/flickr.com)

UNIVERSITY PARK, Pa. — Farmers whose operations have been impacted negatively by changing precipitation patterns — either too much or not enough water — are more likely to acknowledge the link between extreme weather conditions and climate change.

That is one of the findings of a study examining farmers’ perceptions of resource availability and climate change, published recently in Organization and the Environment.

“Agriculture has increasingly been affected by weather disruptions linked to climate change over the past four decades,” said Leland Glenna, professor of rural sociology and science, technology, and society in Penn State’s College of Agricultural Sciences.

“Droughts, flooding, changing temperatures and crop losses due to insects and disease are more prevalent than ever before. Despite the threat, many producers do not acknowledge that climate change is occurring, or that it is caused by humans.”

That presents a challenge, he pointed out, because acknowledging that human behavior, climate change and increasingly extreme weather are interconnected is key to climate adaptation and mitigation efforts.

“If agricultural producers perceive climate change and resource problems — water availability in this case — differently, it is important to explain the underlying socioeconomic factors and market structures that lead to this divergence,” Glenna said.

He and Yetkin Borlu, then a postdoctoral researcher, conducted the four-year study, which involved mail and web-based surveys and personal interviews with apple and wine-grape producers in California, New York, Pennsylvania and Washington.

The researchers selected apples and grapes because such specialty crops are more susceptible to the impacts of climate change than are staple crops such as wheat, Glenna said. The four states, which are responsible for producing the bulk of apples and wine-grapes in the U.S., gave the scientists insights into regional differences between the West and East coasts.

Producers were questioned about the size of their operations: small, medium or large; workforce: local and immigrant; technology adoption; and the markets in which they operate: local, national and international. They also were asked to rank the importance of such factors as water availability and costs, irregular weather patterns, and climate change in the profitability of their operations.

The researchers found that across the board, producers who have experienced problems with water availability or perceive it as a potential problem were more likely to think that it is related to climate change. “Although climate change is an abstract concept to farmers, water scarcity is concrete,” Glenna said. “When farmers experience it, they realize the connection.”

The researchers also learned that farmers who sell their produce in local communities are more likely to acknowledge climate change.

“Producers in local markets may be motivated by more than just profits — they may also consider the long-term sustainability of communities and their ecology,” said Borlu, now on the faculty of the University of Richmond. “This difference in concern distinguishes them from those embedded in international and national markets.”

The study also revealed that farmers’ perceptions on climate change vary based on region, with Western producers demonstrating a higher level of concern than their Eastern counterparts. Glenna believes this is because producers in the West have experienced the resource impacts of climate change for several years.

“California has a history of water scarcity, and Washington state faces issues with irrigation and managing water flows,” Glenna explained. “We do not tend to have those kinds of water issues in Pennsylvania or New York.”

Consequently, state governments in the West have adopted strategic plans that include educating producers on the relationship between climate change and natural resources. “If growers are exposed to information on the impacts of climate change, they are more likely to recognize climate change, regardless of their region,” Borlu said.

“Our findings show that those who experience or are aware of a resource problem, such as water availability, are more likely to see its connection to climate change,” said Borlu.

“Whether producers respond to that broader environmental problem remains to be seen, but we hope that with further research and continued dialogue, our study can be a platform for change, especially in local markets where producers and consumers have stronger environmental concerns.”

The Social and Economic Sciences Research Center at Washington State University assisted with the study, which was funded by a grant from the U.S. Department of Agriculture’s Specialty Crop Block Grant Program.

Educators offer tips on how to manage spotted lanternflies on ornamental trees
August 1, 2021